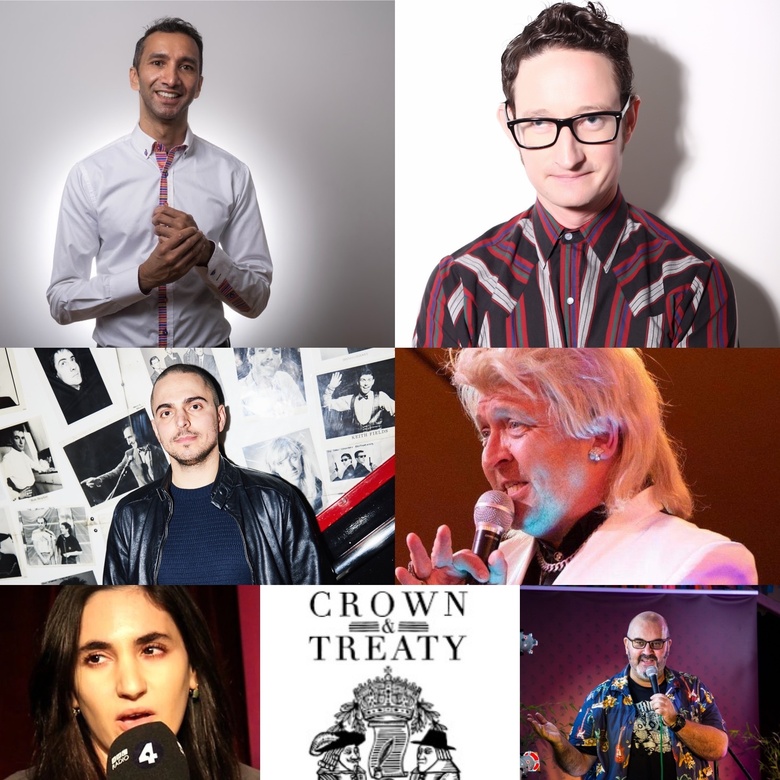 Imran Yusuf
STAR of Michael McIntyre’s Comedy Roadshow , Foster’s Edinburgh Comedy Award Best Newcomer Nominee,
Imran Yusuf is a renowned as a skilful raconteur who seamlessly weaves socio-political satire with heartfelt introspection in his charmingly endearing trademark styling. Languid, punchy, cheeky and utterly loveable, Imran has established himself as a truly unique voice in the world of comedy that embodies the multi-cultural wealth that exists in modern Britain. Warming up for new Radio 4 show“Imran Yusuf’s show heralds the birth of a new comedy star” Time Out ‘Sharp, passionate and uplifting’ ★ ★ ★ ★ Telegraph

James Dowdeswell
Appeared on Russell Howard’s Good News (BBC), Celebrity Deal Or No Deal with Jimmy Carr (C4), Ricky Gervais’ Extras, The World Stands Up ( Paramount Comedy)“James Dowdeswell is a real master of the comedian’s craft.” Chortle.co.uk
James has published a CAMRA recommended book about his love for pubs "The Pub Manifesto: A Comedian stands up for pubs"

Dimitri Bakanov
Now based in the UK, half-Russian, half-Ukranian comedian Dimitri Bakanov has quickly established himself as one to watch. In his first year as a stand up comedian, he reached the finals of the Leicester Square Theatre New Act competition and the Laughing Horse New Act competition. “Dark, charming and never far from a quality punchline” Piccadilly Comedy Club

Clinton Baptiste
The hapless, unsubtle psychic from Peter Kay’s C4 smash Phoenix Nights pops in to warm up some new material
“From the moment Lowe dances onto the stage the audience absolutely loves his show.” BRUCE DESSAU
“unashamedly crowd pleasing” BEYOND THE JOKE.  “old-fashioned comedy at its best.” British Theatre Guide

Lovely Evening. Great comedians. Disappointed that food was limited as overbooked and chef not available but they make me some chips. Friendly staff and lovely atmosphere. All round good night.