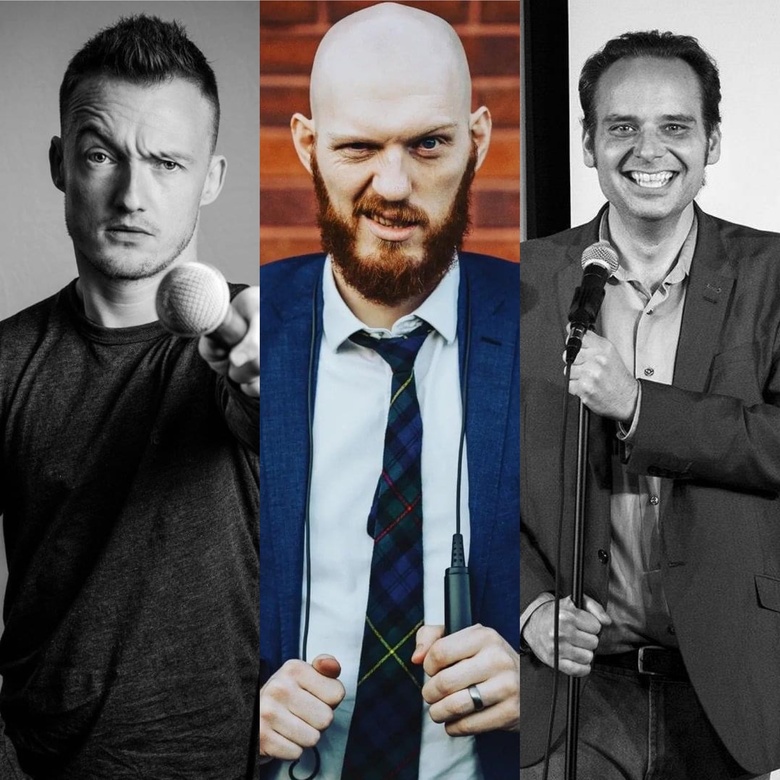 If you want serious comedy David Tsonos is not your man. His comedy stems from being the youngest of five boys, babysitting ...his nephews and his cat. Whether it’s a Bar gig, a Comedy Club or a Corporate function David makes them laugh until they can laugh no more. (Well maybe a little more.)  Starting off in Canada in 1999 and now making London UK his home he has performed in over 15 countries. He has appeared at numerous fringe festivals in the UK including Edinburgh, Glasgow, Bath and Hastings. He will continue to make people laugh until Aliens with no sense of humour take over Earth.

“Very confident, knows his material totally and had the crowd roaring. Good face and voice for comedy, great timing”. The Stand Comedy Club

Ricky Balshaw, He was nominated as Best New Act in the 2021 Midlands Comedy Awards. Ricky is an experienced motivational/after dinner speaker, discussing his sporting career and the journey after retiring. He has also worked as a sports pundit for Channel 4 for the Paralympic Games in London, Rio and Tokyo.

One thing's for sure, Danny has a mature confidence in his abilities.

With the confidence and swagger that you might expect of a North-West comedian at the very top of his game, Danny Deegan is a comedian, writer and actor who has become a regular at most of the major comedy clubs in the UK since he began performing in 2003.

Danny's tales of mischief and the characters he creates have kept audiences all over the country enthralled as he weaves in and out of the people he has met traveling. Danny is up there as one of Fat Theo’s personal favourite acts.


Age Restrictions:
Over 18’s only.

Absolute brilliant. Each comedian was top drawer bringing fresh material with plenty of laughs & where today can you get a nights entertainment for £10? Theo keep doing what your doing because its fantastic for the town & people of Redditch get yourselves down to FAT THEO COMDEY CLUB!!