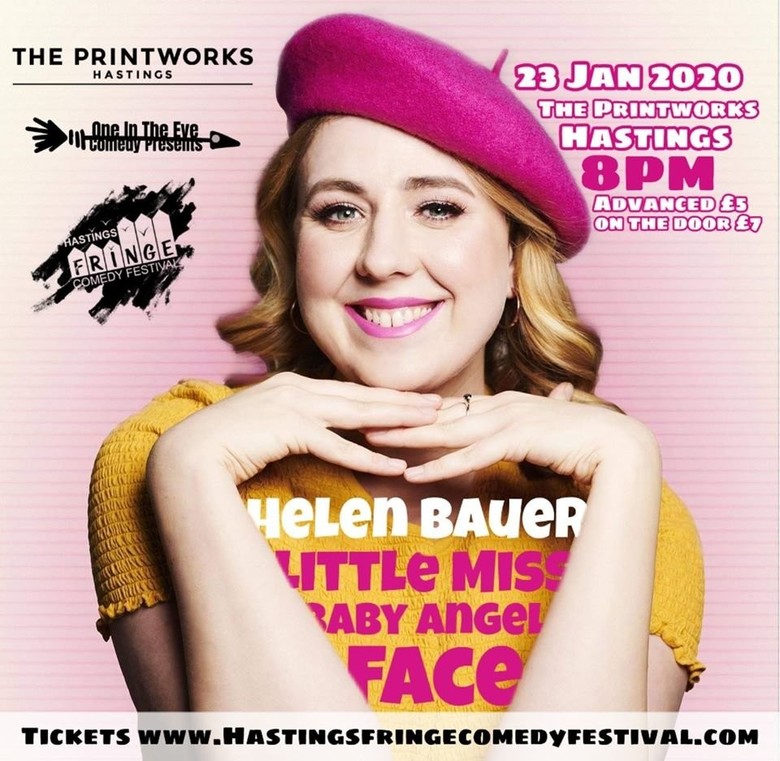 January 23rd Hastings fan favourite Helen Bauer comes to the seaside again with a fantastic night of comedy just before she embarks on a 5 night Soho theatre run in London.

Helen enjoys a drama. She's her mother's daughter, taking a small situation, blowing it up, then getting upset that it's out of her control.

Just like all the best reality TV. At the same time, she dreams of being a sweet angel handling any drama with grace. Who doesn’t overthink everything and plan for how she will have all eyes on her at the right moment.

Age Restrictions:
16 and over