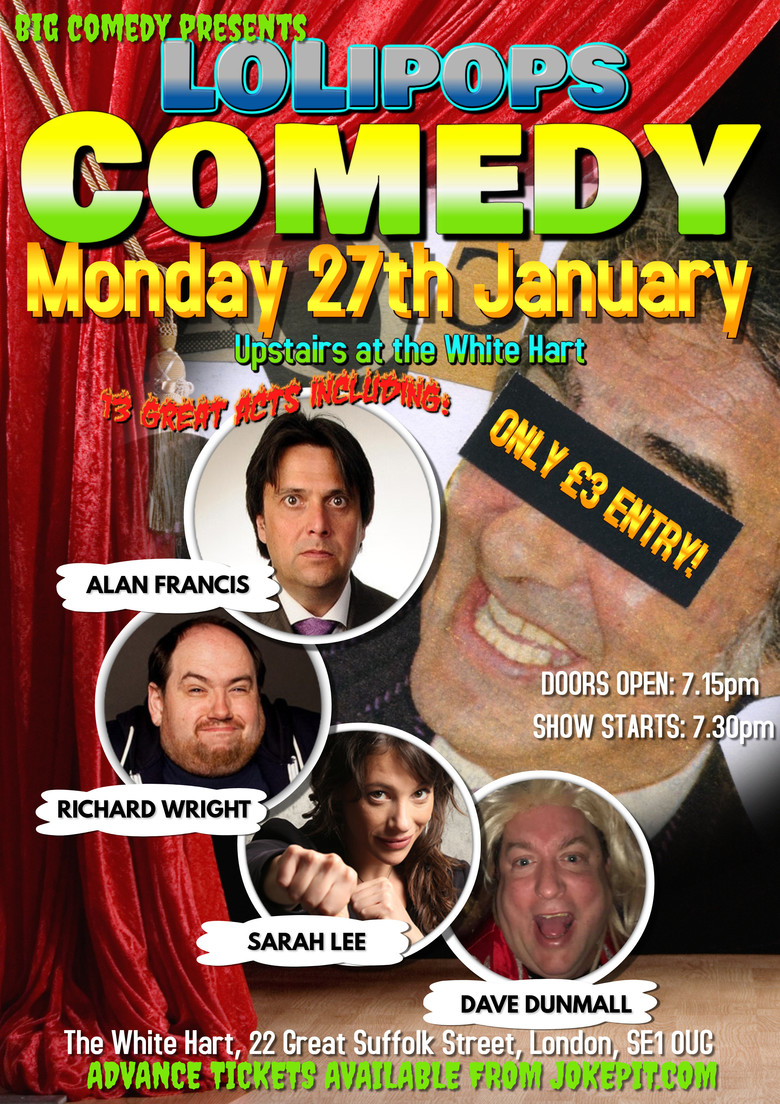 Award-winning comedian and writer
ALAN FRANCIS
Co-writer on Alistair McGowan's Big Impression, and a former winner of Channel 4's So You Think You're Funny competition. A master of acutely observed character monologues, combining the sinister and surreal with brilliant sardonic wit.
“A delightfully sour hour, excellently executed”(Evening Standard)
“Sinister and surreal comic creations this side of The League of Gentlemen” (The Sunday Herald).

The excellent
RICHARD WRIGHT
“There’s a few sprouts of ideas” Steve Bennett, Chortle
“”Impressive was Wright’s ability to tailor his material to the audience by editing and cutting on the fly” Everything Theatre
“Managed to make Kazoo jokes witty. An impressive feat” Broadway baby
“Wright managed to have us laughing throughout the show.” Everything Theatre”
“You were great tonight man, like a fat Stewart Lee” Audience member in Maidston

SARAH LEE
Sarah's comedy is a bundle of fun laced with a dark , acerbic wit.

All hosted by your hilarious MC for the evening . . .
DAVE DUNMALL