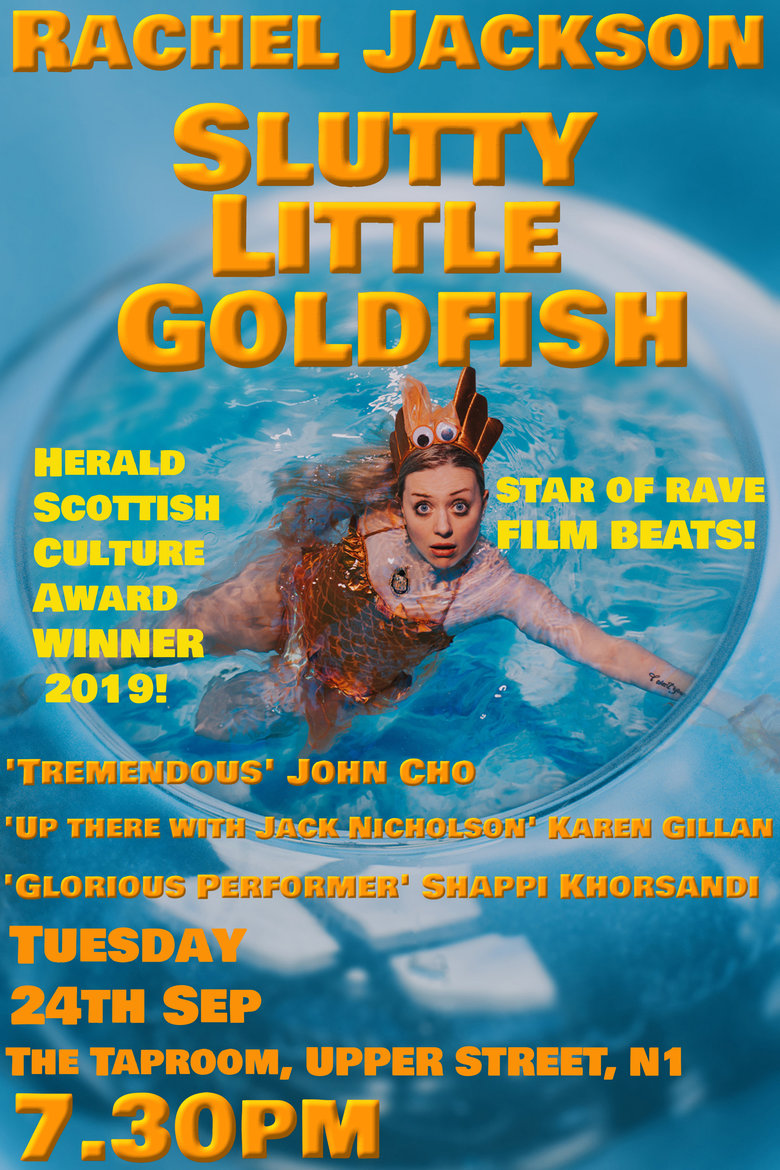 Award winning Scottish actress and comedian Rachel Jackson debuts her brand new show straight from a successful run at The Edinburgh Fringe! Also known for 5 star reviewed ‘Bunny Boiler’ In this new show Times up, Me too and Harvey Weinstein get torn into! And fun facts about Goldfish! Star of Films such as ‘Beats’ and ‘The Party’s Just Beginning’ and shows such as ‘Outlander’ ‘Still Game’ and 'Two Doors Down'