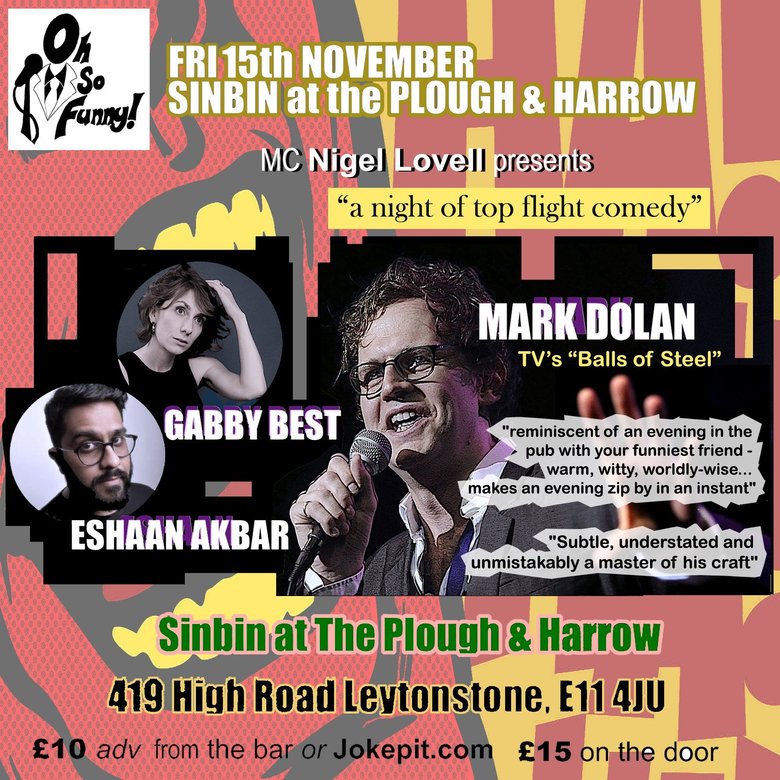 MARK DOLAN is an award-winning comedian - host of the iconic Channel 4 comedy series Balls of Steel & 3 series of globetrotting documentaries for C4 - The Worlds And Me - in which he met the smallest man in the world, the tallest woman and the fattest pet! He survived a stint on TV's most dangerous show, The Jump, won Celebrity Come Dine With Me and he scooped the prestigious award for best joke at the 2018 Dave Leicester Comedy Festival. He's one of the best live acts in the country and we are delighted to welcome him to Oh So Funny.

Support from Funny Women Award winner GABBY BEST - as seen / heard on BBC, Channel 4, Netflix and Radio 4. Gabby most recently starred in Sharon Horgan’s BAFTA winning ‘Dreamland’ for Sky Arts. She will be taking her sell out Edinburgh show '10,432 Sheep' to the Soho Theatre in 2020.

‘Inspired’ - The Telegraph
'...provides so much joy it should be prescribed on the NHS' - Entertainment Focus