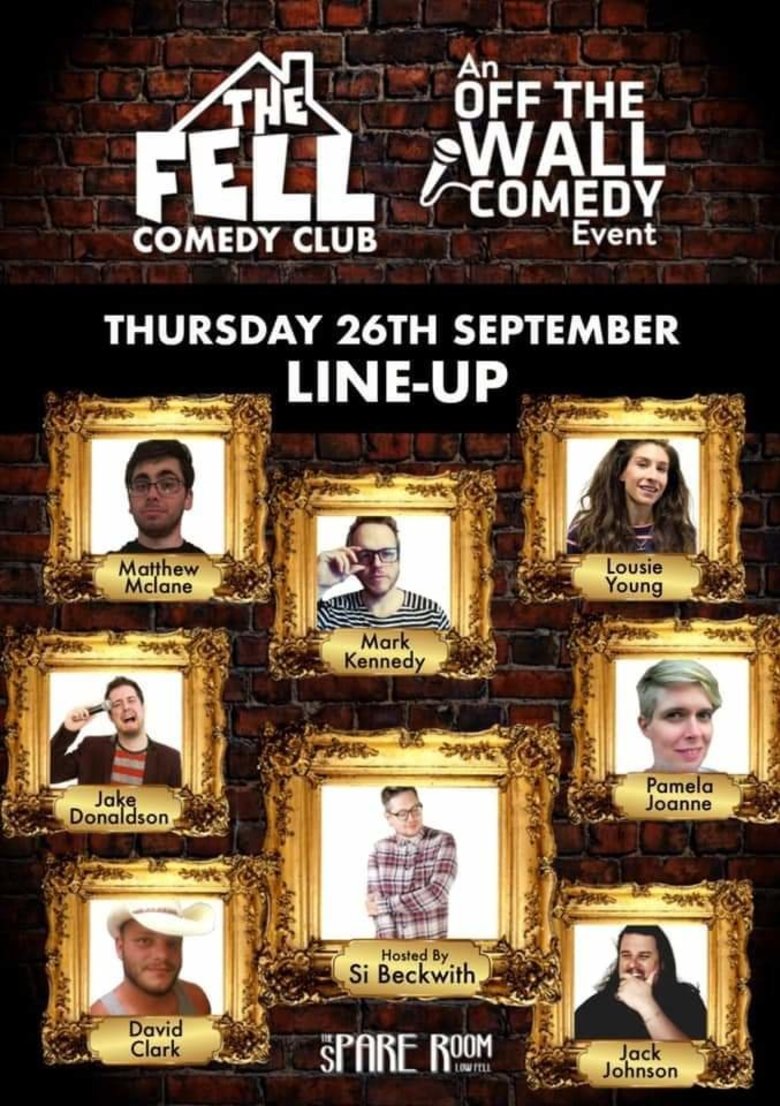 Off The Wall Comedy presents:

Off The Wall Comedy Presents - The Fell Comedy Club

Off The Wall Comedy Presents - The Fell Comedy Club!

We’re playing host to some of the North East’s best professional and aspiring comedians. 7 EVERY MONTH!!! Some which are relatively new to the game, others have been around a while. Either way, they’re acts we believe deserve their time in the spot-light. And not only will we have a whole host of local acts for you. We’ll be joined by a seasoned comic each month to round off the night with their new material and a whole load of laughs.

Thursday 26th September, at the lovey Open House & The Spare Room. Come along, bring your own Booze, and see the new wave of comedy here first!