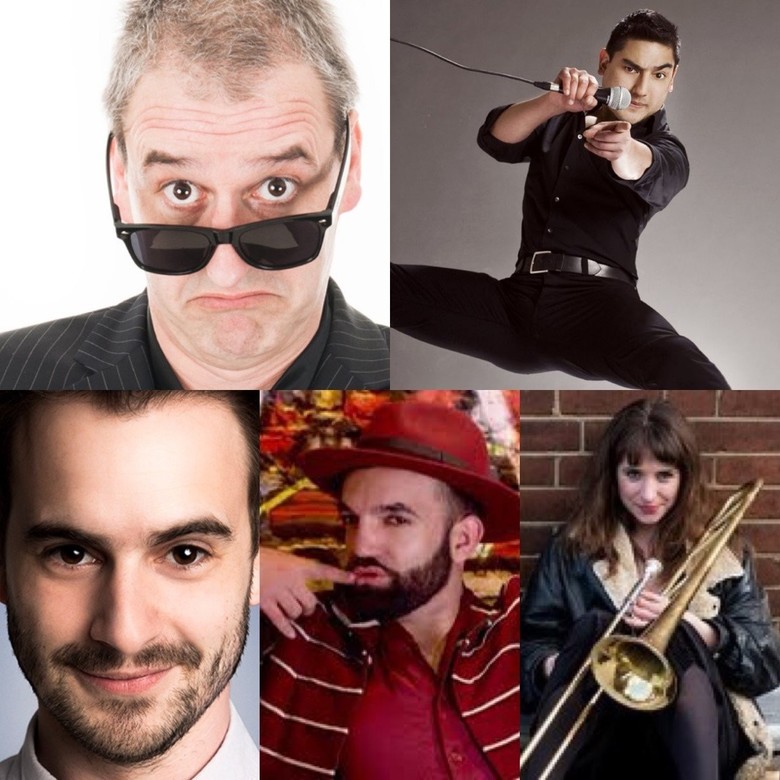 a) In Person direct from the Craft Beer Co Limehouse- ask at bar.
b) By telephone on 0207 790 2726
c) By email at limehouse@thecraftbeerco.com with contact details

Collywobblers Comedy brings you the best value World Class, Award Winning Comedy with Big Name TV Stars, Circuit Favourites & Special Guests in a friendly cosy atmosphere,
Like Craft Beer ,Like Comedy THEN you will LOVE This!

Multi Award winning comedian Boothby Graffoe returns to stand up after spending the past few years writing and opening up for comedy legend Omid Djalili but is coming out of semi-retirement to perform a string of shows this year , including Limehouse

Boothby is playing The Royal Albert Hall in 2020 supporting The Bare Naked Ladies and has performed all over the world including Red Rocks Colorado, The Greek Theatre LA, and the O2 in London to name but a few.

He's had four series on BBC Radio 4, He's done live shows in Scandinavia, Australian, New Zealand, America, Mexico, China, Europe, the Ascension Islands, the Falklands, Belize and the Caribbean, and won several awards, most of which he forgot to turn up to collect.

"I don't use the word 'genius' to describe people very often, but that's what he is. Such lovely songs, and then sometimes he make me laugh so much I get light-headed...." - Omid Djalili

“Sings songs that are both beautiful and funny” – The Guardian

“…it’s not fair to call them comedy songs, they are much more than that, there are some I would dare to call genius.” - The Times.

He has performed on the same bill with the likes of Jimmy Carr, Stewart Lee, Jo Brand and Paul Daniels.

'Kept the audience laughing throughout@ (The Edinburgh Spotlight)

'Seriously talented when it comes to wowing a crowd' (The Stage).

Impressionist and star of YouTube hit Downstairs At Downton, appeared on TV on ‘The Tracey Ullman Show’

‘Gloriously funny' (The Independent on Sunday).

'Bucket full of comedic talent… Original engaging and clearly comfortable in front of a large audience, Faye is one to watch for the future' (Lynn Parker CEO Funny Woman).

Queer Muslim Comedian with a very unusual story to share and lots of autobiographical hilarious material.