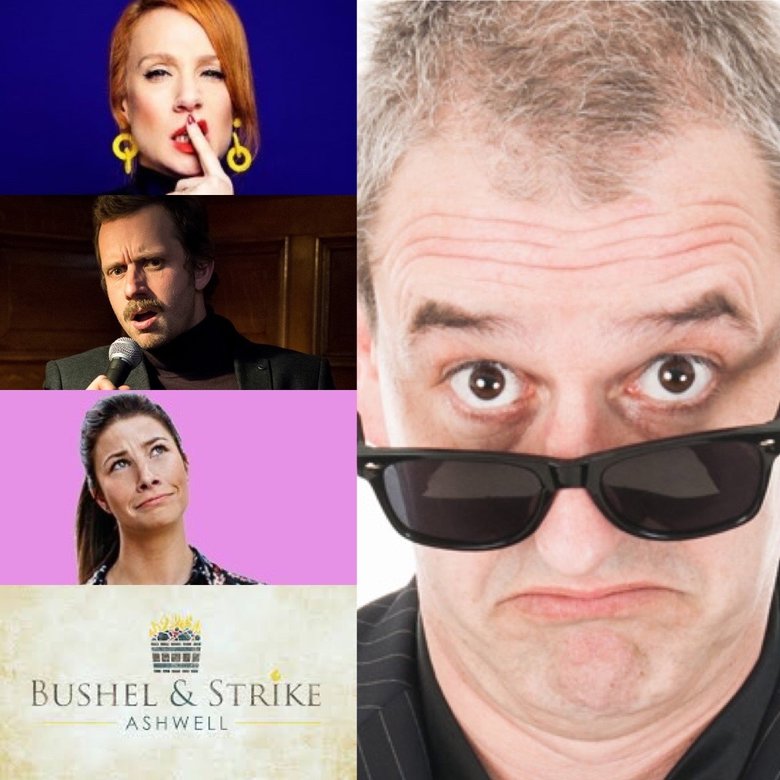 Collywobblers Comedy brings another brilliant lineup of comedians to the Bushel & Strike - Book early and get down early for a great evening of grills and giggles....

a) In Person direct from the Bushel & Strike- Ask at the bar.
b) By telephone on 01462 742394
c) By email at info@bushelandstrike.co.uk with contact details

Multi Award winning comedian Boothby Graffoe returns to stand up after spending the past few years writing and opening up for comedy legend Omid Djalili but is coming out of semi-retirement to perform a string of shows this year , including Ashwell.

Boothby is playing The Royal Albert Hall in 2020 supporting The Bare Naked Ladies and has performed all over the world including Red Rocks Colorado, The Greek Theatre LA, and the O2 in London to name but a few. From humble beginnings in the pubs and clubs of Nottingham, Boothby went on to become a regular feature on the London Comedy Circuit, on more than one occasion finding himself performing at the world famous Comedy Store on every single night of the week.

He's had four series on BBC Radio 4, He's done live shows in Scandinavia, Australian, New Zealand, America, Mexico, China, Europe, the Ascension Islands, the Falklands, Belize and the Caribbean, and won several awards, most of which he forgot to turn up to collect.

"I don't use the word 'genius' to describe people very often, but that's what he is. Such lovely songs, and then sometimes he make me laugh so much I get light-headed...." - Omid Djalili

“Sings songs that are both beautiful and funny” – The Guardian

“…it’s not fair to call them comedy songs, they are much more than that, there are some I would dare to call genius.” - The Times.

Recently recorded for BBC "Live At The Apollo" new series which will be broadcast later this Autumn 2019.

‘An excellent line in cynicism about sex, life and friendship.’ (Evening Standard)

Charlie has appeared on BBC Radio 6 Music, BBC Radio 4 and BBC Three and performed at Glastonbury and Wilderness Festival