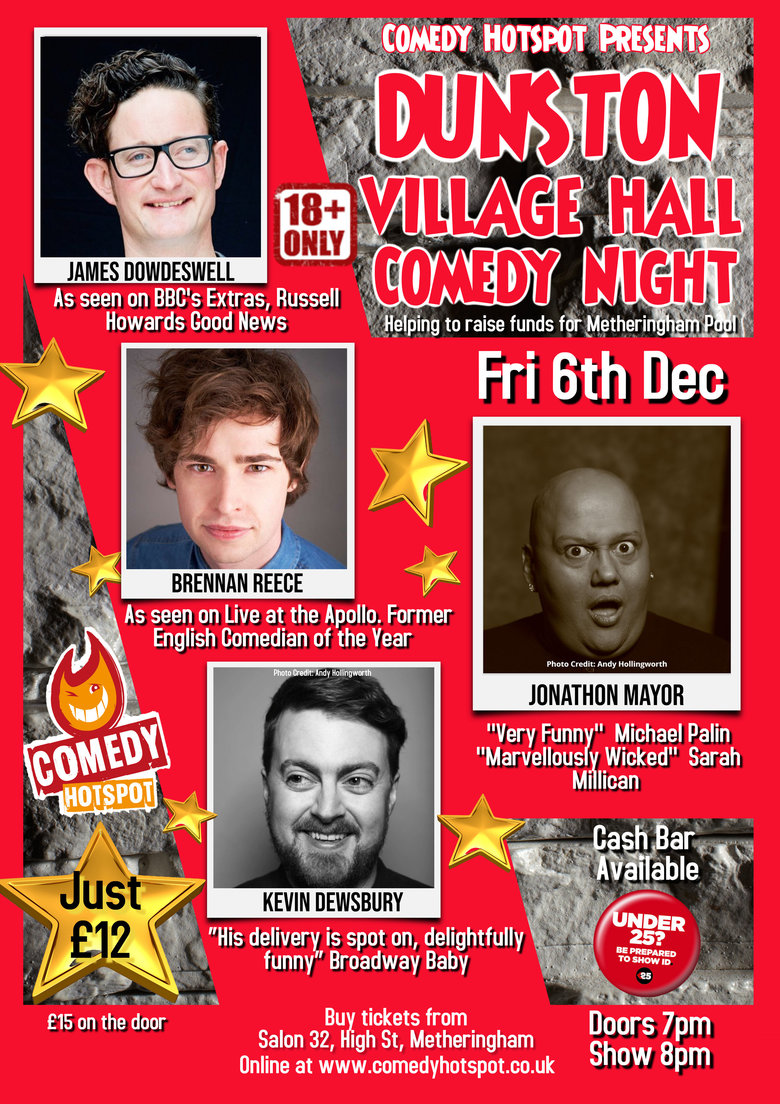 Comedy Hotspot are back with another Triple Headliner Comedy Night. Four of the comedy circuits best UK Headliners....all on the one bill and with a sprinkle of Comedy Hotspot magic, we turn Dunston Village Hall in to one of the best comedy venues in the UK that night. You will have to book early, as our shows sell out fast.

Tickets are NON REFUNDABLE other than in the event of cancellation, when full refunds will be given. This is an unreserved seating event, and therefore, seats are taken on a first come first served basis. Late comers will have to sit on remaining empty chairs, and late comers may not be guaranteed to sit together.