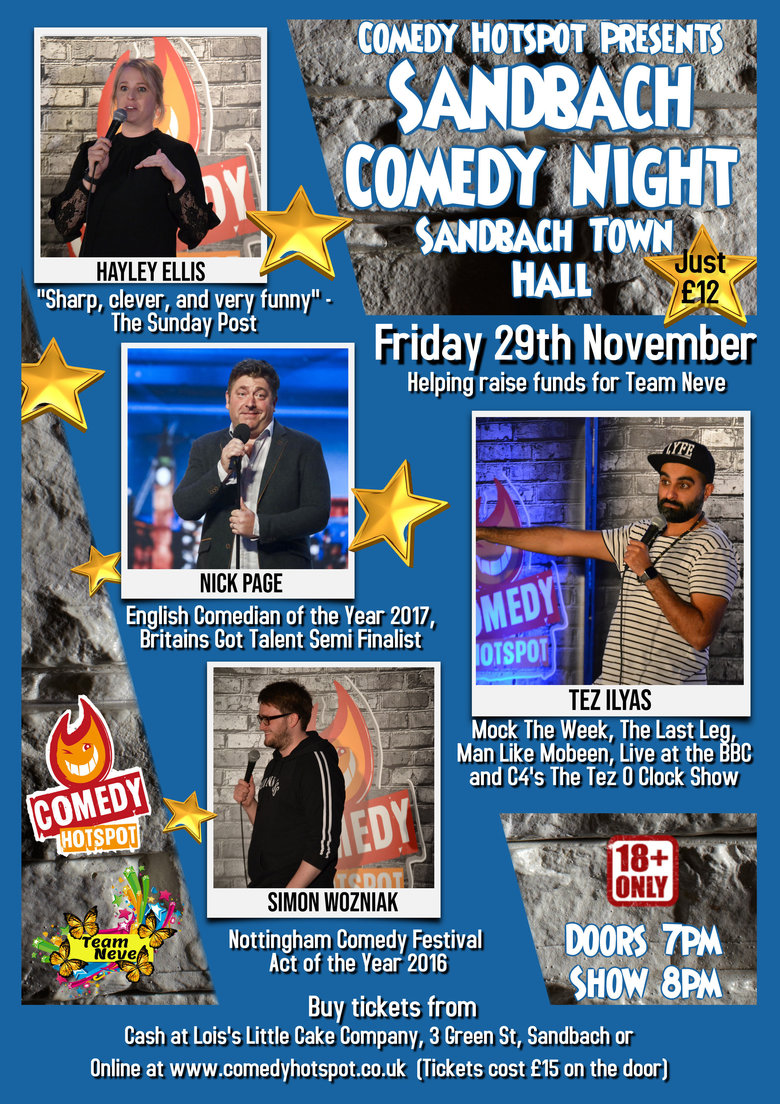 Comedy Hotspot only book the very best comics in the UK, and then bring them into the heart of local communities. Very few promoters in the UK book 4 headline acts, and put them all on the same bill. Then add to the mix a promoter who cares so much about the shows, that nothing is ever left to chance, and its a recipe for one brilliant show.
Doors open at 7pm, and the laughter starts promptly at 8pm.

Tickets are NON REFUNDABLE unless the show is cancelled, then full refunds will be given. You are buying a ticket for the show, and not to see a specific act. THESE SHOWS CONTAIN ADULT HUMOUR AND ARE NOT FOR THE VERY EASILY OFFENDED.