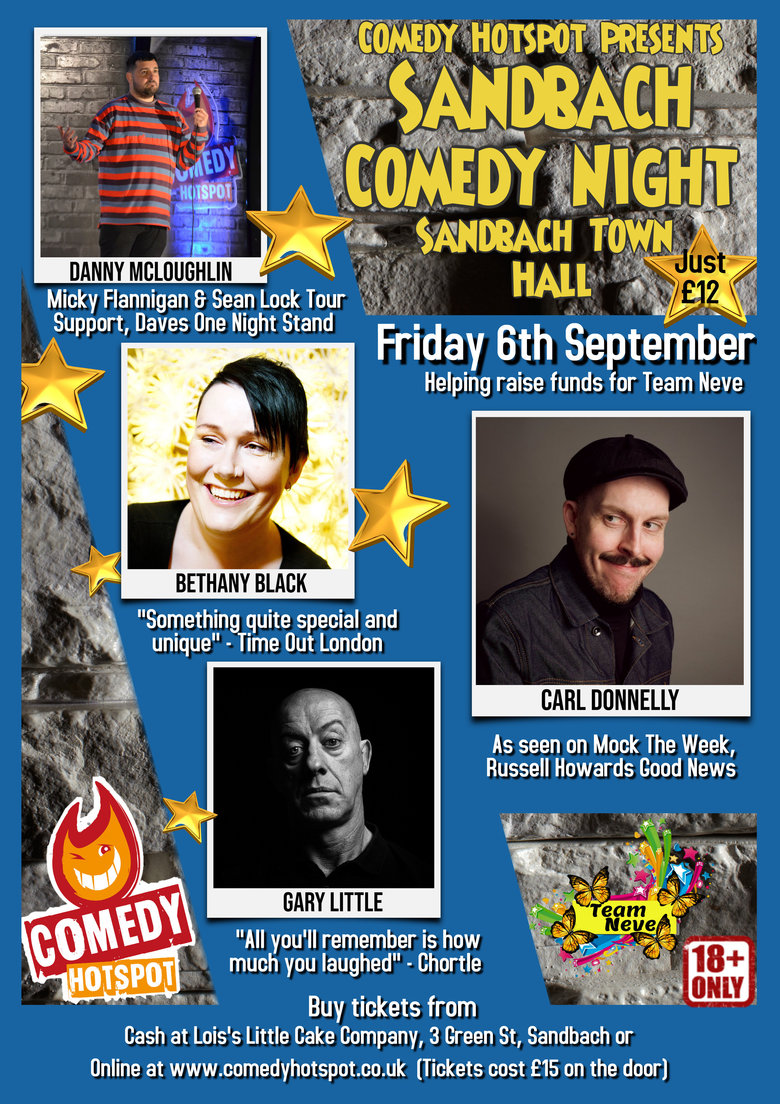 Comedy Hotspot are back and with another fantastic line up. Four more of the comedy circuits best, UK Headliners....all on the one bill and with a sprinkle of Comedy Hotspot magic, we turn the Sandbach Town Hall Ballroom into one of the best comedy venues in the North West. You will have to book early, as our shows sell out fast.

Tickets are NON REFUNDABLE unless the show is cancelled, then full refunds will be given. You are buying a ticket for the show, not to see a specific act, as line ups cannot be guaranteed. THESE SHOWS CONTAIN ADULT HUMOUR AND ARE NOT FOR THE VERY EASILY OFFENDED.