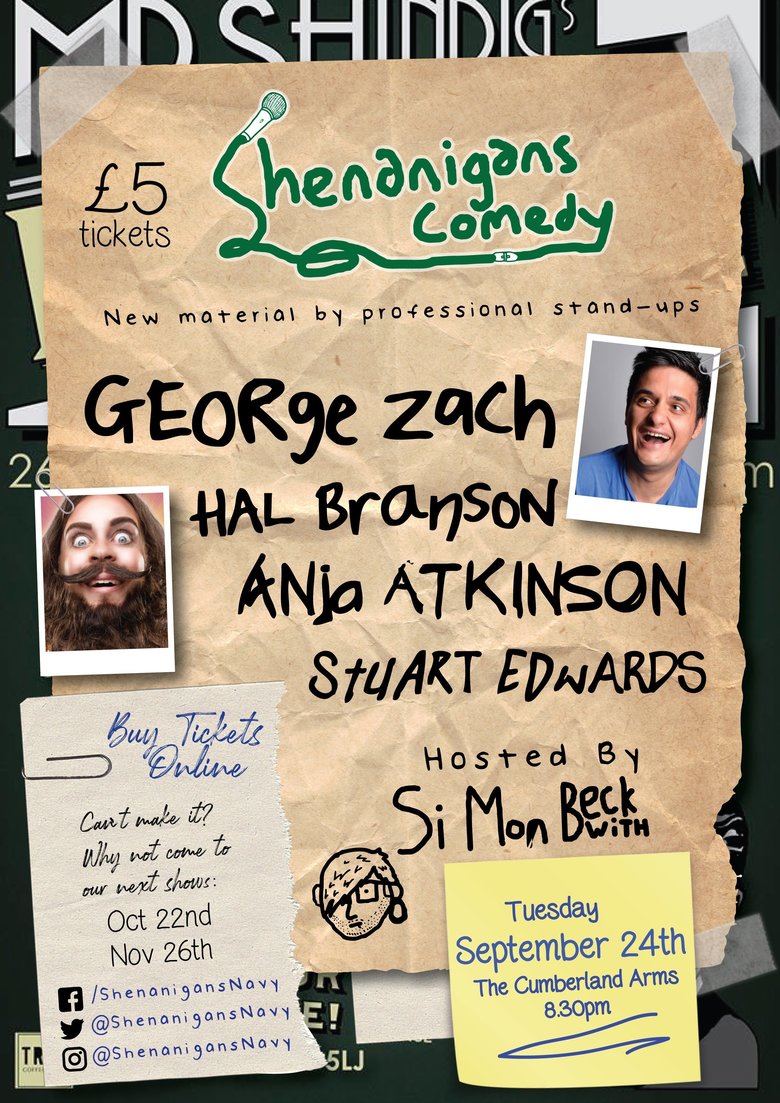 This month we have GEORGE ZACH headlining. George is a Greek comedy powerhouse who only recently finished yet another stint of performing to sell-out crowds in Australia. Maybe he will do his "Christian rock-style Christian stand-up comedy" routine that he only ever did twice in 2013 but I thought was one of the best bits of material he's ever done. Maybe if we all pressure him into it, he will.

Opening is HAL BRANSON. Formerly a member of Hot Gulp sketch group, you may have seen their parody of the Tesco and/or Sainsbury's Christmas advert (I should probably put the research in to find out which) or may have seen him as "The Money Guru" on all of Money Guru's marketing campaigns. I realise I've not said anything about him as an act or his accolades, he's really funny, but I'm immature and I just Google "Money Guru" and look at those pictures of him and that's me sorted for laughs for the day.

In the middle we have two great acts in the form ANJA ATKINSON (Mr Shindigs New Act of the Year 2017 or 2018 - bad research again) and STUART EDWARDS (he works at The Stand... and he's funny... I'm awful at this).

MC for the evening is SIMON BECKWITH, returning from the June show, he's the one with glasses and a beard and tattoos (only some of which he regrets).