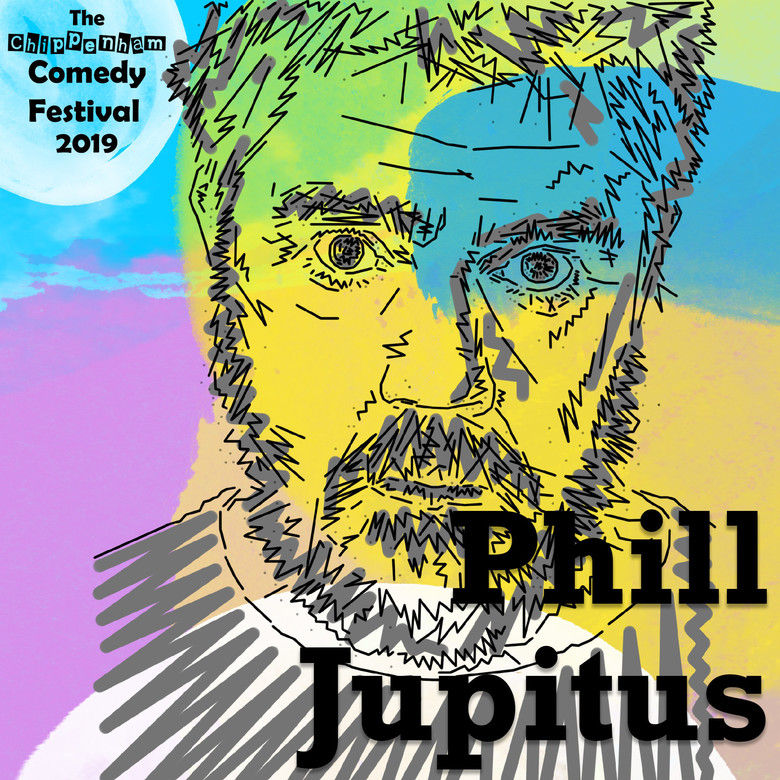 Chippenham Comedy Festival is absolutely thrilled to have our friend, and absolute legend of alternative comedy, Phill Jupitus, join us to open this year's festival. We could not have asked for a better start to our lineup which we believe is our best ever.

Join stand-up comedian, poet, improviser, and TV stalwart Phill Jupitus for over an hour of tales, laughs and diversions. Watch in delight and/or horror as this experienced funny man drags laughs out of the chaos of his own life. Since last touring Scotland, Phill Jupitus has upped sticks and moved there. In this new show SASSY KNACK, Phill shares yarns and thoughts from his time North of Hadrian’s Wall. Adult themes and situations but delivered childishly.
——-
Phill became a familiar face when he started as team captain on BBC2’s pop quiz Never Mind The Buzzcocks in 1996, which went on to run for 19 years. Aside from Never Mind the Buzzcocks and live stand up shows all over the UK, he also appears as a regular guest on QI (BBC2)

On BBC Radio 4 Phill is a regular panellist of the award-winning I’m Sorry I Haven’t a Clue, The News Quiz and The Unbelievable Truth and was a resident curator on The Museum of Curiosity. In addition, he has presented numerous radio documentaries including, Phill
Jupitus’ Comic Strips, Calvin and Hobbes and The History of Boredom.

In theatre he has also appeared in the role of Edna Turnblad in the musical Hairspray (Shaftesbury Theatre) King Arthur in Spamalot (UK/European tour) Franz Liebkind in The Producers (UK/Ireland tour) and Caldwell B Cladwell in Urinetown (Apollo Theatre). As well as ‘White Rabbit, Red Rabbit’ and ‘Nassim’ for The Traverse Theatre, Edinburgh.

Age Restrictions:
18+ due to venue licensing

There is limited seating at this show which will be on a first come, first served basis with the rest standing room only. Please contact us if you have an accessibility need or seating requirements and need to reserve a seat: chippenhamcomedy@gmail.com