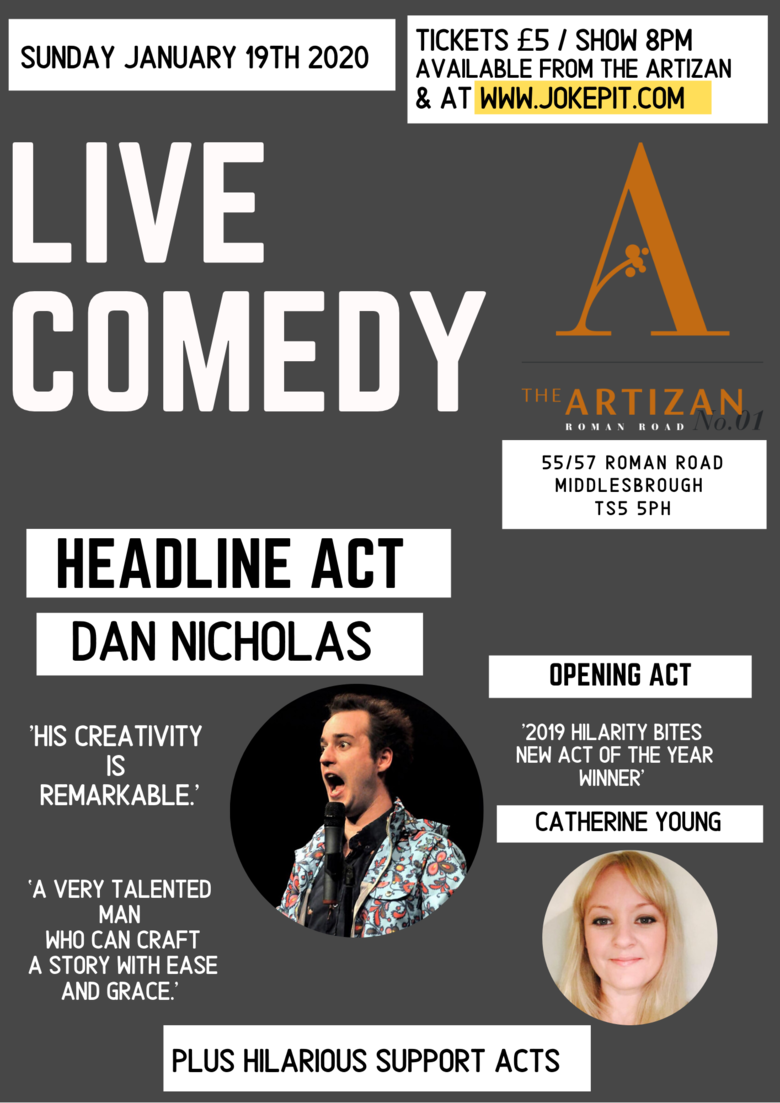 The Laughing Pug Comedy Club Debuts at The Artizan in Middlesbrough

Daniel Nicholas, is an exciting interactive comedian, he has produced and created fun and interesting new ways to watch comedy. Whether that’s whilst playing lasertag, or with a dancer reacting to the set, Daniel by no means is a traditional stand up. Expect gags, expect audience participation, and expect something that you’ll never seen before or maybe again

Daniel tends to explore the different ways he can confuse and engage an audience at the same time, whether that’s through comedy or storytelling his performances are always of high quality and different to anything else, as he slowly carves his own path into these industries.

'his writing displays a sharp, obtuse wit across all his disjointed one-liners...Someone as inventive as this should have a future in comedy.' -Steve Bennett, Chortle.

‘Immensely brave use of Pinter-esque silences...a dangerous comedian who keepsyou on the edge of your seat waiting for the next outrageous non sequitur.’ –The Western Gazette

'His creativity is remarkable.' - Broadway Baby

‘A very talented man who can craft astory with ease and grace.’ – Bunbury Magazine

The Night will be filled with Support Acts Also..