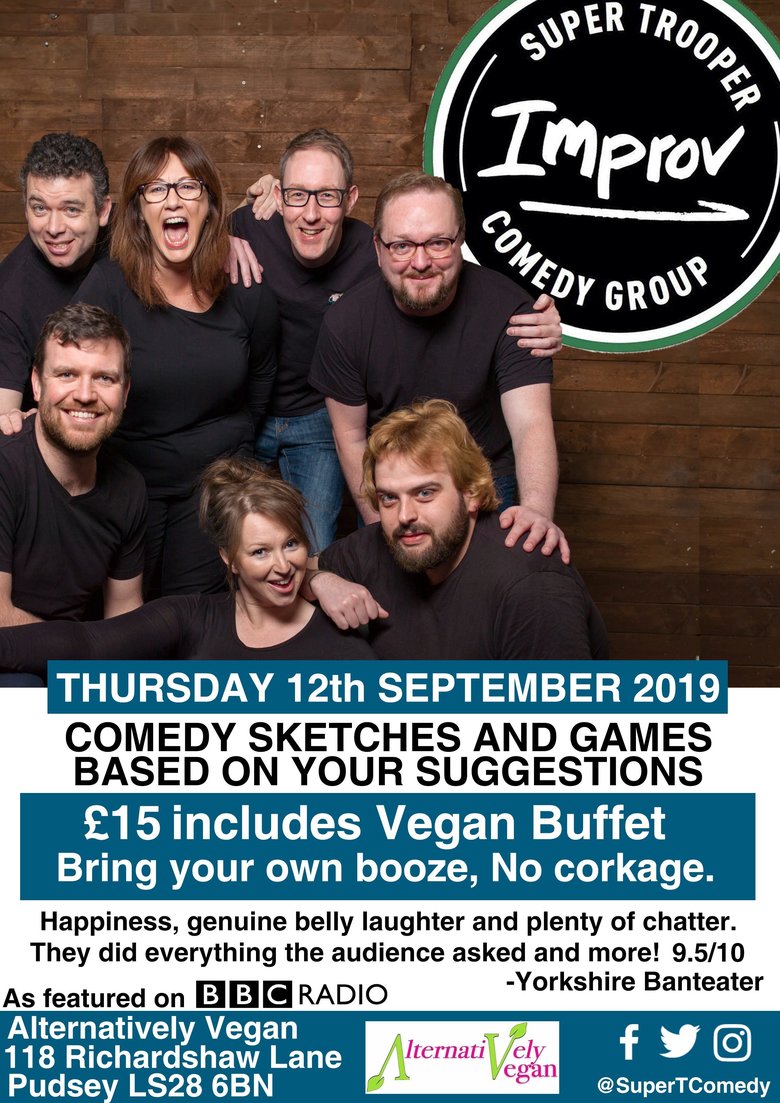 Super Trooper Improv return to Alternatively Vegan for another night of "gut bustingly funny" improvised comedy served up with a delicious vegan buffet!

The show, as featured on BBC Radio, is brand new every time and made up on the spot based on YOUR suggestions – similar to classic TV show Whose Line Is It Anyway.

And as well as the comedy there will be a range of enticing vegan food prepared by the experts at Alternatively Vegan.

Doors open at 7pm with the buffet available from 7.30pm and the show running from 8pm to 10pm.

You can grab tasty vegan bites before the show and at half time and you are welcome to bring your own bottle.

Past shows have included a recreation of the final of the cabinet makers’ Olympics, breaking news of the Thames being turned to custard and Michael Parkinson outed as a charming Russian spy.

Comedian Paul “Silky” White – “I’ve seen a shedload of their shows, and they’re always really inventive, wonderfully funny, and not afraid to innovate.”

Audiences have given Super Trooper Improv a five star rating online with reviews including: “If you get the chance to see these peeps do not miss it. Where else could I have an evening of my favourite topics of Mr Kipling and Porcelain Doll Collectors.”

“Fast moving show with exceptional talent and timing on display. Keep up the fab work and see you all again soon.”

“I would recommend anyone to see Super Trooper. Gut bustingly funny.”

Super Trooper Improv is recommended for ages 15 plus.