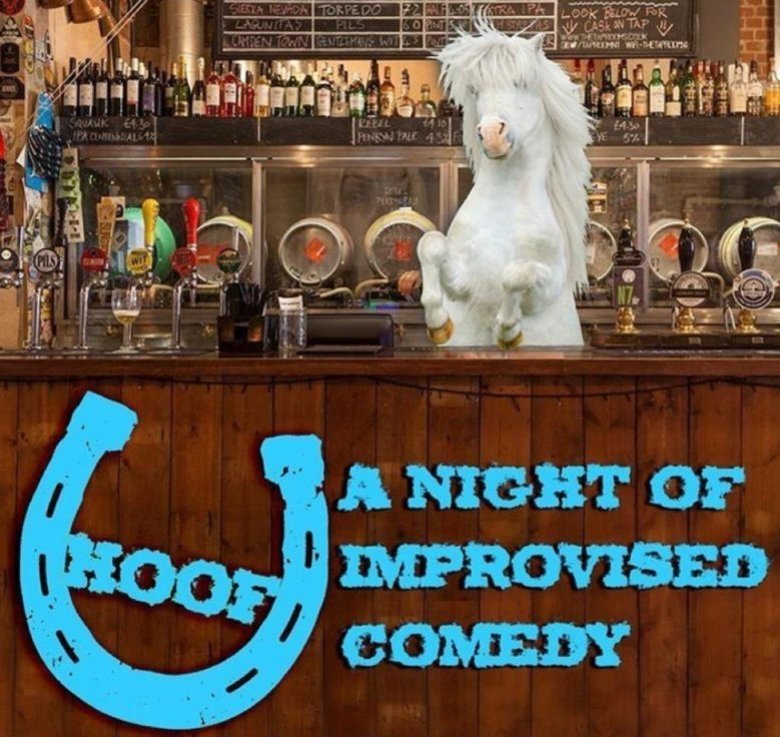 Improv supergroup HOOF bring the UK's best improvisers to The Taproom in Islington, for a fun-filled, laughter-laden festive special!

“This is a night not to be missed!” Phoenix Remix

THIS MONTH joined by our AMAZING and HEROIC rockstar superstar guests...

Jack Left Town is an entirely improvised comedy show about a made-up, washed-up rock band. The cast tell the story of the band’s meteoric rise and fall based on nothing more than the title of their debut album, as suggested by the audience.

HOOF is the resident long-form improv group at The Taproom, one of London's leading comedy venues. Between them, they have: been in various house teams at top improv theatres Monkey Toast and The Free Association; performed at the Edinburgh Fringe, Latitude and Green Man festivals; appeared in the final of the Musical Comedy Awards; directed comedy shows for the BBC, Channel 4 and Comedy Central; produced programmes including @elevenish and Whose Line Is It Anyway?; and written for Armstrong and Miller, Cardinal Burns and The Inbetweeners. One of them is in the Guinness Book of Records for writing the most complained-about advert of all time.