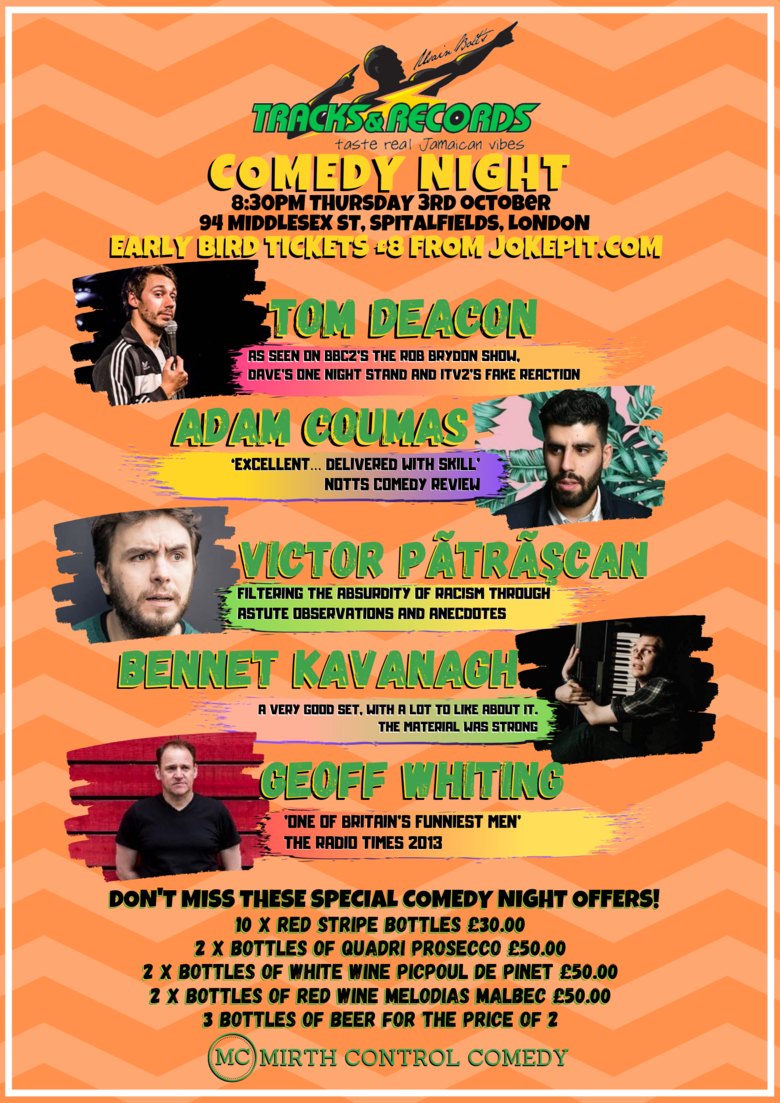 Closing Tom Deacon
He has been performing live stand-up for the last 9 years – with four Edinburgh solo shows under his belt – and has been the host of his own TV, radio and online shows on BBC2, BBC Radio1, The Capital FM breakfast show and YouTube football channel Copa90 – where his Eurofan escapades have notched up over 8 million views. Tom has made guest appearances on BBC2’s The Rob Brydon Show, Dave’s One Night Stand and ITV2’s Fake Reaction.

Open spots Victor Pãtrãşcan
Romanian comedian Victor Pãtrãşcan skewers conventional thought and ponders whether it is better to be Romanian or Bulgarian, right or left or a platypus.

and Bennet Kavanagh
Bennet (who despite the name is not a girl) has been performing stand-up and musical comedy for almost 3 years. In this time he has performed at various venues across the country with his homemade keytar. It looks a lot less impressive than it sounds.

MC Geoff Whiting
'One of Britain's funniest men' - The Radio Times 2013
"Geoff Whiting takes the stage with consummate ease and works the audience like a miner at the coal face, digging out nuggets of information to fuel his comedy." - Independent on Sunday