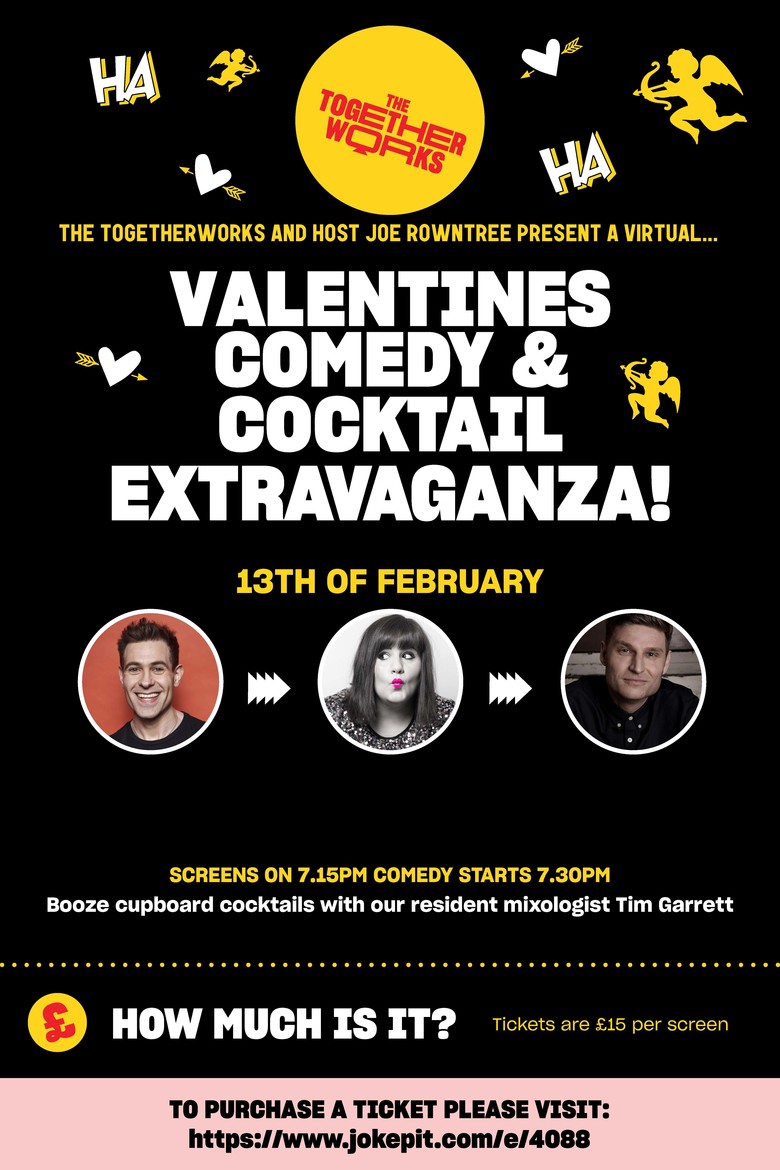 Daisy is one of the fastest rising stars in comedy today. Since starting stand-up in 2013, she has quickly attracted plaudits & accolades; winning ‘Best New Comedian’ at the Scottish Variety Awards in 2015, and being crowned ‘Scottish Comedian of the Year’ in the same year. She recently supported Tom Stade on his nationwide tour. She has appeared as a guest on BBC Radio’s ‘Breaking the News’ & STV ‘Late Show “Strongly written and delivered set, equal parts deprecation and defiant attitude. Hilarious” Chortle

Michael McIntyre and Rob Brydon Tour Support. Scott Bennett is one of the most sought after headliners and writers in UK Comedy. With a highly likeable, warm and engaging delivery, Chortle's one to Watch for 2018 & 19, Scott Bennett, has rapidly established himself as one of the fastest rising stars on the circuit today. “Great material, great delivery, a very funny man” Rob Brydon “Clearly has a big future, flashes of Peter Kay, Jason Manford and John Bishop” Bruce Dessau

Star of Dave’s One Night Stand (Dave) & Brainiac (Sky 1). Joe is a renowned stand up comedian. He wrote put-downs for Anne Robinson on The Weakest Link and hosted 2 UK tours of Brainiac Live after appearing in all six series of the award-winning hit Sky 1 show Brainiac: Science Abuse. Joe regularly performs at all major UK comedy clubs. He has gigged all over the world including the Melbourne Comedy Festival, Europe, USA & the Middle East. “He has the unique ability to take a cold room & reduce it to fits of laughter” GQ Magazine

During the Intervals (Optional)

The Together Works resident mixologist from Curious Cocktail, the super talented: Tim Garrett will teach you how to make TWO classic cocktails from the comfort of your own home.

Tim will demonstrate both cocktails whilst explaining techniques, garnishing and how to modify. No need to buy any fancy equipment as he will offer suggestions of household items that can be used from the kitchen cupboard. ICE would be good!

The two cocktails are:

SOUR
your choice of spirit, lemon, egg white and sugar

The middle comedian wasnt funny at all

I cant beleive we had such a fun filled comedy night in at home!! We can't recommend this enough, we got to make our own drinks, baby in bed, no need for a baby sitter! Bellys filled with laughter. Can't wait for the next one, highly recommended!

We loved it - a change from other virtual evenings! A good mix of the comedy and then the cocktails between!

Great fun for all the grown ups

I am not mixing ketamine in my fizzy red wine. Any further propogation of this slander will be met with a visit from my friendly slander recovery agents, 'Igor Murdersky' and 'Ralfo 'knuckles' Butler-Anstruther-Simpson the III.

Brilliant! Comedians were great and cocktails were a fun addition! One star taken off for atmosphere as some people were talking over the performances