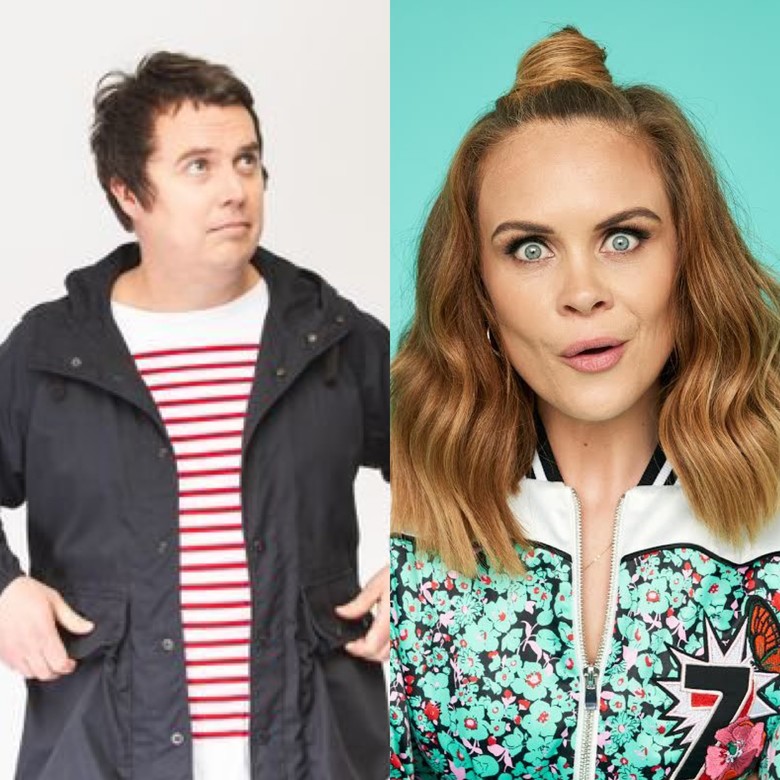 Kick off your week in style , come hear brand new jokes & fresh ideas from stars of TV, Radio & Stand Up comedy circuit in a friendly atmosphere.

Happy Mondays Comedy Lockdown Live Zoom Special Advanced Tickets £6 plus booking fee : Best Seat in The House-Your House!Once you buy a ticket, Please set up a free Zoom account ( its easy peasy- simply setup account here https://zoom.us) .The Zoom link will be sent in good time before the showso you can attend the online gig.

Please email happymondayscomedy@gmail.com before 7.30pm on day of the show if not receivedZoom link & Password
Please log into Zoom App and click the direct link Or can join with the Meeting ID & Password.
Spaces are limited so please book tickets for the secret Zoom link - Please do not share the link

Together we can make it as close to the magical live experience of a comedy club as possible.

This is an 18+ event.Advanced Tickets Available Online £6 plus booking fee.

For information on reservations please contact happymondayscomedy@gmail.com or please text 07734805817

Spaces are limited so please book tickets for the Zoom link.

The Best Night Out you can have on your sofa!!!

Paul McCaffrey
Star of Live at the Apollo (BBC2) Impractical Jokers (BBC3) Russell Howards Good News (BBC3) Stand up Central (Comedy Central) and as seen on The Dog Ate My Homework (CBBC) and Channel 4’s 50 Funniest.Co-hosted the Rock and Roll football on Absolute Radio and the Warm up on TalkSport as well as guesting on Rob Beckett’s show on Absolute and performing Stand up on Russell Kanes Whistlestop Tour on Radio 2. Paul is also the co-host of Radio Xs The Britpopcast, a brand new podcast all about 90s music with George Lewis.'He has charm, charisma and success written all over him' (Bruce Dessau, Evening Standard) 'Obviously born to be a comic’ (The Scotsman).

Joanne McNally
Described by the Sunday Times as a ‘truly gifted stand-up’, Joanne has been taking Ireland’s comedy scene by storm with sell-out tours, hilarious chat show appearances, newspaper articles and a hit documentary.She’s enjoyed sell-out Edinburgh runs with her stand-up shows Wine Tamer and The Prosecco Express and has toured Ireland with both shows. She also performed at the 3Arena in Dublin, alongside John Bishop, Michael McIntyre and Dara O Briain.As seen on BBC's Funny Festival Live 2021 ,co-hosting RTÉ 2’s flagship comedy show Republic of Telly, and appearing on The Blame Game (BBC Northern Ireland), Women on The Verge (UKTV), The Late Late Show (RTÉ One), The Tommy Tiernan Chat Show (RTÉ One), The Tonight Show (TV3), The Seven O’Clock Show (TV3) and The Commute (RTÉ).

Vikki Llobera
Lancaster Lass performing stand up comedy as its much cheaper than paying for therapy!

Michael Akadiri
Komedia New Comedian of the Year 2020 As hear on Times Radio, As well as performing comedy, Michael works as a junior doctor in the NHS. "Expect to be laughing regularly at him in the future" Evening Standard:

MC SiônJames
“Utterly charming ... Lovable giant' Time Out London"..great host, his shows always have a friendly, fun atmosphere and are a welcome distraction from life in 2020!!" Zoom Audience Member

Acts shown are correct at time of going to press. In the unlikely event that an act needs to cancel, we reserve the right to change the line-up without notice.

The Zoom link will be sent in good time before the showso you can attend the online gig.