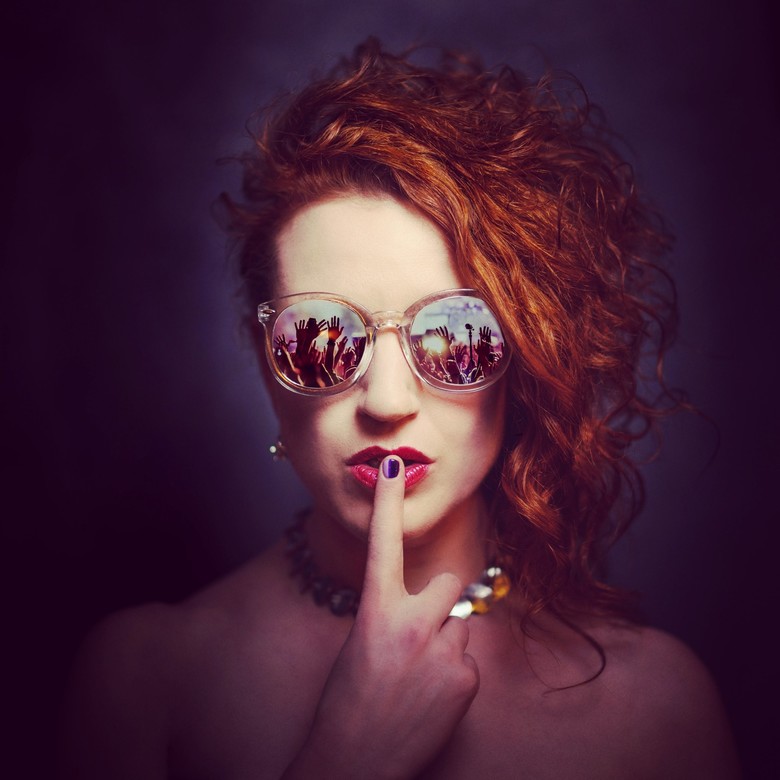 Kirsty Newton is a multi-talented musician, singer, songwriter, musical director, comedy performer and improviser, compere and 'human jukebox'.  She performs around the world with a huge variety of wonderful artists from the worlds of music and comedy, wearing many different hats and showcasing her versatile talents.
In addition to her signature interactive live show, Kirsty’s Poptastic Piano Singalong, where she shows off her remarkable musical ear, improvisational flair and crowd-pleasing skills, she is also in great demand as a solo performer and host for music and comedy shows, festivals, private parties and events. Kirsty can tailor and adapt her act for any occasion, serious or funny (or both), even writing a song to order if required.

2019 was a whirlwind year for Kirsty. She appeared as one of 'The 100' music industry judges on BBC1's primetime Saturday night singing talent show All Together Now, the resident pianist onAl Murray's Great British Pub Quiz on Quest TV and in the house band for BBC Scotland's Love Song.
In March 2019, she reunited with close friend and Siskin bandmate Galen Ayers (daughter of cult psychedelic music pioneer Kevin Ayers) for a tour of Japan and a show in Los Angeles. From April to June 2019 she joined the brilliant Paul Merton's Impro Chums for their UK theatre tour and later performed a sold-out run with them at The Pleasance Grand at The Edinburgh Festival Fringe.
June and July saw her return to musical direction and performance with comedy legend Arthur Smith for his run at Soho Theatre before another stint in Edinburgh with his acclaimed show about Arthur's remarkable father, Syd.
While at the Fringe, she also musically directed and co-performed in The Scott Walker Song Book  with Andy Davies and appeared with the sensational party band Massaoke, with whom she regularly plays huge events and festivals around the country all year long.

As if that wasn't enough stage time in Edinburgh 2019, she also reprised her role from 2 years earlier as the sole musical improviser in the triumphant sold-out return of Whose Line Is It Anyway? every night of the Fringe, starring the original TV cast and continuing a childhood dream.

Autumn saw Kirsty join musical comedy geniuses Jonny & The Baptists for select dates of their UK tour. As well as regularly guesting with legendary improvisers The Comedy Store Players and booking and co-presenting London's top musical comedy night The Distraction Club, she rounded off 2019 by hosting The Big Sing on Christmas Eve at Halifax's historic Piece Hall.
In January 2020 Kirsty was flying down the French Alps on skis and performing both music and comedy in Meribel, Courchevel and at the inaugural Les Gets Comedy Festival.  In February, she flew out to the Adelaide Fringe Festival, performing Massaoke at The Musicals with the main band, fronting the brand new Massaoke Oz band with the sell-out Mixtape show and having the time of her life in the sunshine.

Arriving back in the UK in mid-March, the live entertainment industry suddenly ground to a halt due to Covid-19, with all future live shows cancelled or postponed indefinitely. However, Kirsty has been busy during lockdown, learning new skills like how to do gigs and singalongs via Zoom (including with the wonderful Barbara Nice), how to make silly comedy sketches on iMovie and how to be a puppy parent to a bouncing bundle of fluff.

For the time being, you'll find Kirsty at home in her lovely hometown of Hebden Bridge in West Yorkshire, hanging out with comedian husband Nick Doody and their new dog, Adelaide Parkin. She isn't very good at editing and recently discovered how to link to things. She can't wait to get back to performing live.

First gig:
I've been gigging as a musician since 1996 and working in comedy since 2003.

Press, Quotes, Awards:
“She should be employed by the NHS to raise the spirits, the heart rate and help everyone rediscover their will to live” ★ ★ ★ ★ – Chortle

“Her songs had a very natural feel, evoking tears of laughter... If you get a chance to see her, please do.” – York Mix

“A night out at the Singalong is like taking a thousand happy pills all at once. I have never left the venue feeling anything less than elated” nomoreicecream

Kirsty Newton
Such a comepetent and adaptable musician

Would you recommend to a friend?
Yes

Rating
Would you recommend to a friend?
Yes
BUY KIRSTY A DRINK