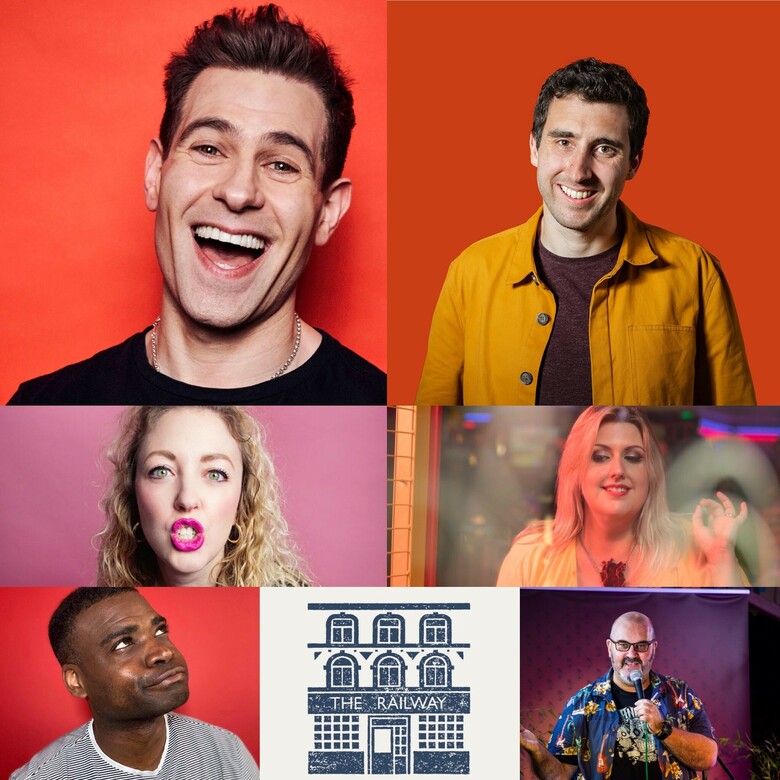 For information on reservations please contact info@therailwaySW16.com or call us on 020 8769 9448

We are operating the event strictly in accordance with the Government’s guidelines and our experience of hosting a variety of socially distanced events over the last 18 months to help you have a safe and enjoyable visit and with some of the procedures previously in place to reduce transmission risk.

Advanced £7 Tickets Available Online OR £9 Cash on the Door.

Discount for Group Booking of 6 or more- Free ticket for the group organiser  - please email sionjamescomedy@me.com

Please get there much earlier if ordering food and please call The Railway to book a table for dining.
Please aim to Back Function Room for reserved seats by 7.45pm.

Simon Brodkin ( Extended WIP / Tour Warmup)
Star of Live At The Apollo (aka Lee Nelson AKA the man, the legend, who gave Theresa May her P45)
After three hugely successful BBC series as Lee Nelson, multiple sell-out tours and world-famous stunts on Sepp Blatter, Donald Trump, Kanye West and Theresa May, the award-winning, critically-acclaimed comedian unveils his funniest character yet… himself!
Starred multiple times on BBC One’s 'Live At The Apollo', both as guest and host. “A prodigious talent” The Times
'Hilarious' List  'Genius' Independent. 'Get him out!' Donald Trump. “There aren’t many better comedians to turn to”  The Daily Telegraph.

Roman Harris
South London rising comedy star Winner - The Blackout at Up The Creek
“Roman Harris delivers observational, quirky and sometimes edgy comedic tales of life as he sees it”