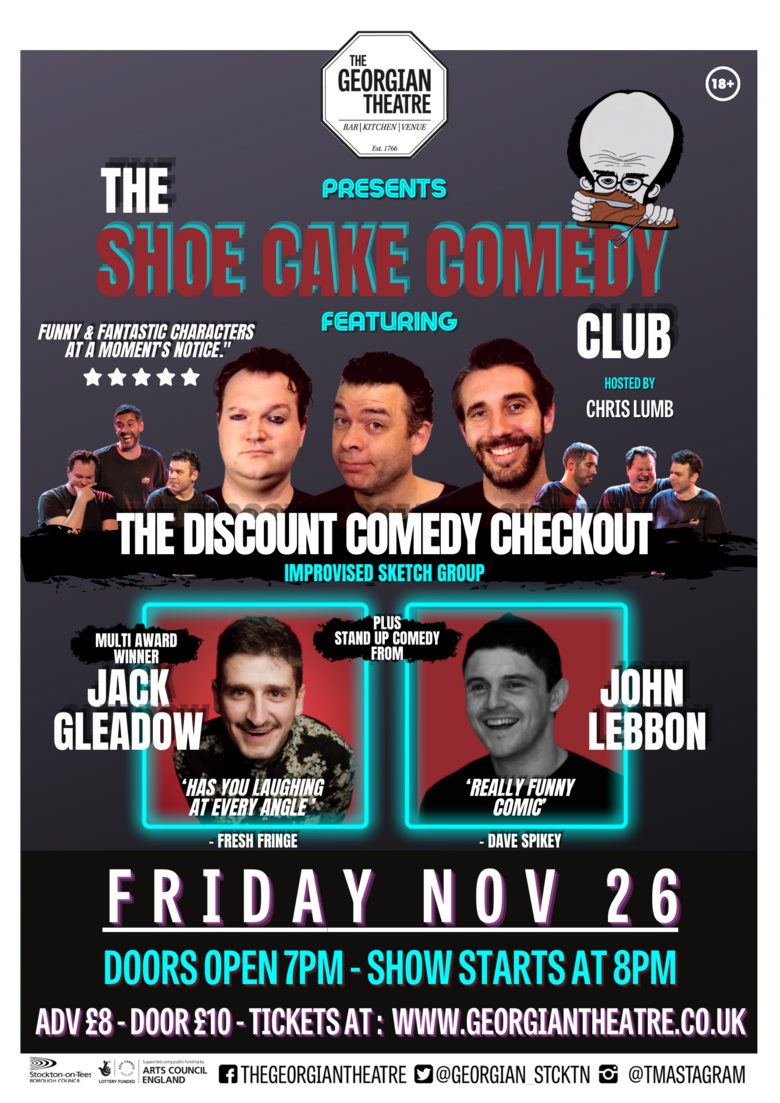 Join us at The Georgian Theatre, Stockton, for another superb night of stand up comedy and improvised sketch!!

100% raw improvised sketch from Chris Lumb, Eddie French, and Phil Smith.If you've never seen improvised comedy before, you are in for a right treat. All the games, scenarios, and situations are formed and created from your suggestions ... that's right YOU the audience.
It's very much in the style of 'Whose Line is it Anyway' but with a modern twist .... and normally a little risker and ruder too.
"The comedy is creative and crude, quick and quirky, the performers commit completely to the games and create funny & fantastic characters at a moment's notice" - ★★★★★ -  Remotegoat
"There's a wonderful slapstick nature to it all but they are all impressively literate in film culture and genres too, creating brilliant, quick draw pastiches of popular cinema that will have you in stitches"- ★★★★ Manchester's Finest

LEICESTER MERCURY
Comedian of The Year
2018


Jack is one of the most sought after acts on the circuit with his one man variety show style performing regularly at clubs such as Glee, Manfords, and Just the Tonic. Jack has also supported Lloyd Griffith on tour and performed in front of 3,500 people at Latitude's main comedy arena.

Our MC for the night, as always, is the naturally funny and entertaining CHRIS LUMB.As seen on 'Russell Howard's Good News' & 'Britain's Got Talent' Chris is a popular MC on the comedy circuit with his warm and welcoming crowd work, sharp impressions, and quick fire wit.