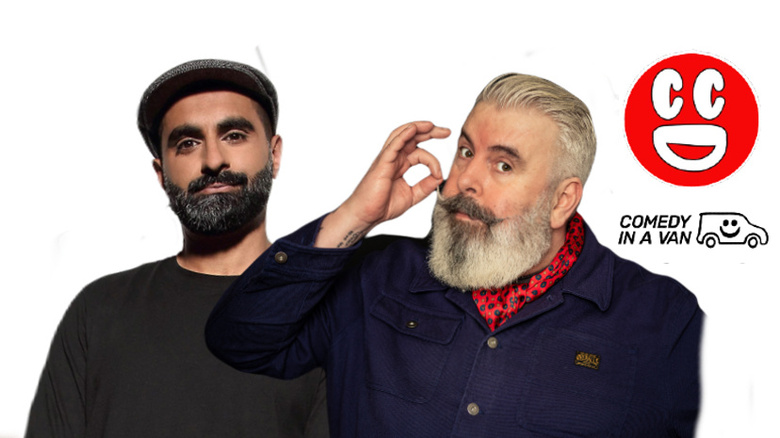 Acts subject to change. Fully seated. 18+ Proper sweary swearing. We want all our guests to have a great night so please respect those around you by turning off your phone and not talking whilst the show is in progress. We can only refund or reallocate if the show is cancelled. Thanks!

Tez Ilyas! Within a few years of first picking up a microphone this former civil servant won the BBC New Comedy Award and embarked on his first national tour in 2017 – TEZ Talks. Based on the popular TED Talks the show dispelled myths about British Muslims and, despite the somewhat ambitious topic, Ilyas worked his magic, stormed the Edinburgh Fringe, sold out an extended London theatre run and saw TEZ Talks turned into a Radio 4 series.A familiar face on our screens, Tez is probably best known for Tez Ilyas’ Christmas (Sky Arts), Man Like Mobeen (BBC Three) but has also appeared on everything from The One Show to The News Quiz and, of course, his very own The Tez O’Clock Show on Channel 4.A phenomenally funny comedian who refuses to shy away from trickier subjects yet never forgets that the laughs need to come thick and fast.

“Blackburn-born Ilyas has a slickness more reminiscent of US comics, and the gags to back it up, though his most prized asset could yet be his bold, subversive streak”  The Guardian

Phil Nichol is something of a legend on the comedy circuit. He has won the ‘main comedy award at the Edinburgh Fringe (after two previous nominations) which is the comedy equivalent of the Nobel PrizePhil is an energetic and exciting performer with an unquenchable thirst to break boundaries and innovate with his work. His skill as an improviser whether it be musical, comedy or straight is unparalleled. With a surreal edge to some of his mischievous rantings Nichol always brings something new to the stage, his keen sense of fun and eye for the shocking and absurd has cemented his position as one of the very best comedians working today.

MC for the evening is Mick Ferry, who needs no introduction to Manchester or London Comedy Store regulars but, if you have yet to have had the pleasure, he is, quite simply, the best MC working in the UK today.Whether he’s running with a scatterbrained idea, an audience suggestion or dipping into his extensive mental files of absolute, top drawer gags and routines, the end result is a barrage of laughter from a very happy audience and that is what we are all about.

Doors 7pm Show 7.45pm Please get here in plenty of time to reduce queuing at the bar. Acts subject to change. Fully seated. We want all our guests to have a great night so please respect those around you by turning off your phone and not talking whilst the show is in progress. Thanks! Sorry, but we can only refund or reallocate if the show is cancelled.

No need to print this off just gave your name on the door and have a great evening!