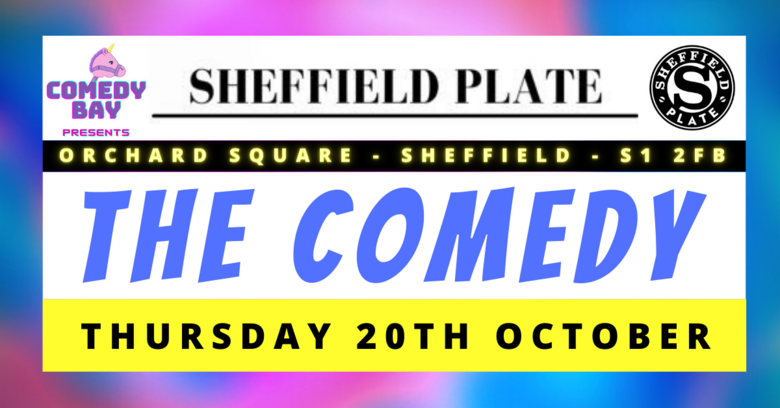 Your acts at Sheffield Plate…

Molly McGuinness is a comedian from Salford who has been quickly on the rise. This year she was in the BBC New Comedy Award finals, along with West Didsbury New Comedian awards finals 2021, and winner of the Manchester Fringe Camden comedy competition 2021.

She also was in the Beat the Frog finals 2021. Molly took part in Best In Class, a crowdfunded showcase of the best up and coming working class comedians in the UK in 2022 at the Edinburgh fringe which also won the panel prize this year.

She has done tour support for Joe Lycett and Danny McLoughlin. As well as comedy she is also heard on the Damn Daniel podcast.
‘Molly McGuinness is a brilliantly dry and very funny comic, with super confident stage presence and some wonderfully off-centre killer gags’ - Joe Lycett

Kieran Lawless is an Irish comedian now based in Manchester. He has worked in comedy clubs across Ireland, the UK & Europe including supporting Patrick Kielty in Dublin's Olympia Theatre.
Well respected in his native Ireland, his television credits include; New Comedy Awards (RTE), The Takeover (RTE), and RED TV (RTE).
"Exceedingly entertaining, highly energised and side splittingly funny" - northwestend.co.uk
“Lawless’ ability to move seamlessly from joke to joke, story to story kept the crowd entertained and engaged throughout” - The Comedy Scoop

Eccentric and very high-energy, Ash has performed all over the UK and internationally in Germany and The Netherlands. Selected for Best in Class 2019 at the Edinburgh Fringe Festival and Leicester Comedy Festival Circuit Breakers 2020. Support for Dave Johns live recording.
'Confident. Huge energy.' - The Stand

Started stand-up in the Summer of 2021 and is currently taking West Yorkshire by st̶o̶r̶m̶ mild-breeze.
Race, sex, and relationships are just a few topics he likes to talk about. No subject is off the table.
Single father, if that appeals to any women coming to watch?


Hosted and MC'd by Andy Mitchell

Kirklees Comedian of The Year 2021 – Runner Up

Andy Mitchell is a story-telling comedian from The Hudd (Huddersfield). Andy is perhaps best known for his friendship with Joe Exotic (currently incarcerated). Career highlights include interviewing The Red Power Ranger and asking Paddy McGuinness if he’d like to go to popular Bolton-based nightclub ‘IKON’ (now destroyed).


Age Restrictions:
Over 18s only