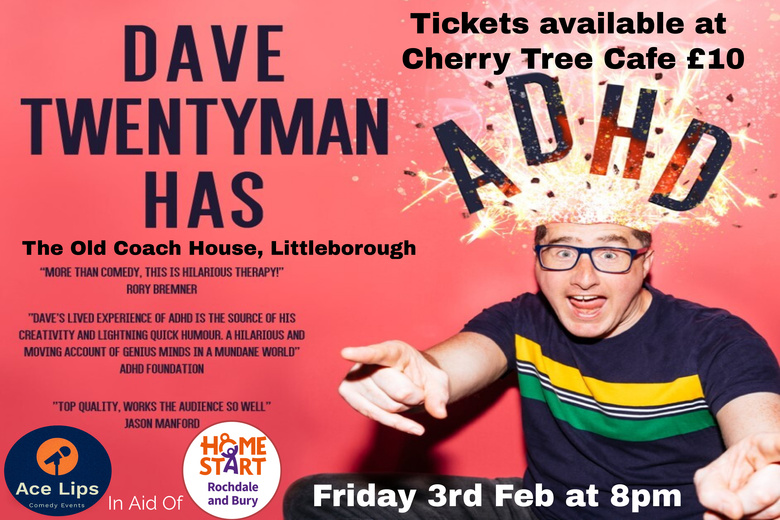 Dave Twentyman very much wears his heart on his sleeve in a show described by audiences as brilliantly moving, heartwarming, honest but most importantly hilarious.

Dave Show illustrates his quick Witt..observations of life and his award winning sense of humour. This show will help you understand ADHD and neurodiversity acts are pi55 funny and one’s not to be missed but don’t take my word for it ⬇️

"One of the most gifted naturally funny comics on the circuit, Dave's unique storytelling will make this a brutally honest, and utterly hilarious show. You'll love this journey into the mind of a man who's trying to understand why he is, who he is.'
TONY SCHUMACHER, writer of BBC1's hit show, The Responder

"Dave's lived experience of ADHD is the source of his creativity and lightning quick humour. A hilarious and moving account of genius minds in a mundane world" ADHD FOUNDATION

"More than comedy, this is hilarious therapy" RORY BREMNER