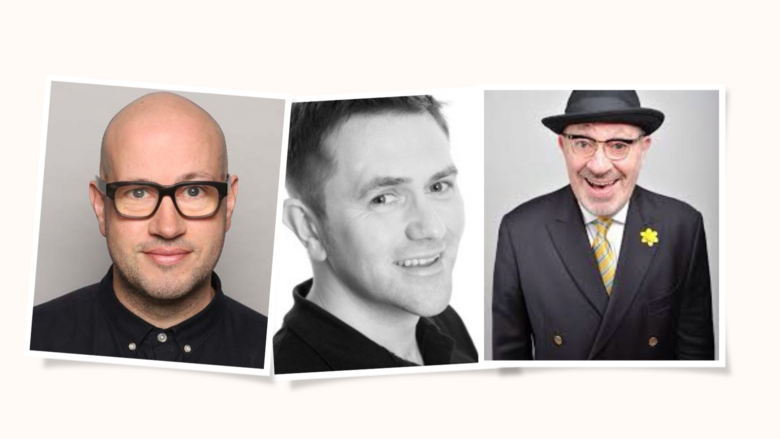 Sam Avery wanted to be a rock star. It nearly happened. Despite being signed up by BMG Records at the age of 17 (he had to resign from his beloved paper round), and subsequent tours with Motorhead and Ice T, the story soon took a familiar turn. Contracts were anulled, money was stolen and before he knew it he was back at the paper shop asking for his fluorescent bag back. He had crap hair anyway. Subsequent jobs (including a brief stint as a stockbroker) failed to excite him the way the smell of sweat and snakebite had and it wasn't long before he turned to stand-up. Friendly and enthusiastic, his observational style instantly puts audiences at ease allowing him to regale them with his tales of everyday life. Sam has gained a reputation for being able to spark the dullest of rooms into life with his warm, infectious humour and quick wit which makes him ideal as either an act or compere.

Craig Deeley, Since beginning his stand-up comedy career in 2003, Craig performed all over the country, including being a semi-finalist in Channel 4’s ‘So You Think You’re Funny’ competition in Edinburgh in 2004.

Anecdotal-observational in style, Craig enjoys pointing out all that is daft in everyday life with a mix of one-liners and stories.

Sol Bernstein is the comic creation of Steve Jameson, himself a top comedy performer. The legend that is Sol Bernstein escaped the Pogroms in Russia, the Nazis in Germany and Mosleys blackshirts in London, went on to become the World's 1st all-round entertainer. He's a song and dance man, a comedian, a magician, an actor, an amazing ventriloquist (with his suitcase friend Mr Pinkus) a Jazz musician (Sol was rated as the BEST TRIANGLE player in the USA in the 50's by performers like Louis Armstrong and Duke Ellington ). Also rated the best impersonator EVER !! He's performed all over the world at venues including The London Palladium, New York's Carnegie Hall, The Paris Olympia, Caesars Palace Las Vegas, The Scunthorpe Baths, but it's at night clubs where Sol really comes to life. His charisma, his walking stick, his catch phrase "why don't you put on a tie" his chutzpah, put it all together and you see the magic that is Sol Bernstein. He's the man who helped the career's of Elvis Presley. Marcel Marceau (and never even got a "Thank you") and even the Beatles were influenced. He's worked with, and been friends with, some of the worlds GREATEST performers, Elvis, Judy Garland, The Rat Pack, Lenny Bruce, Jack Benny, George Burns, Milton Berle, Doris Day, Tommy Cooper, Eric Morecambe, Eddie Large Most young performers will mention Sol B as a major influence. A major influence to do what, we aren't sure, but an influence never the less!