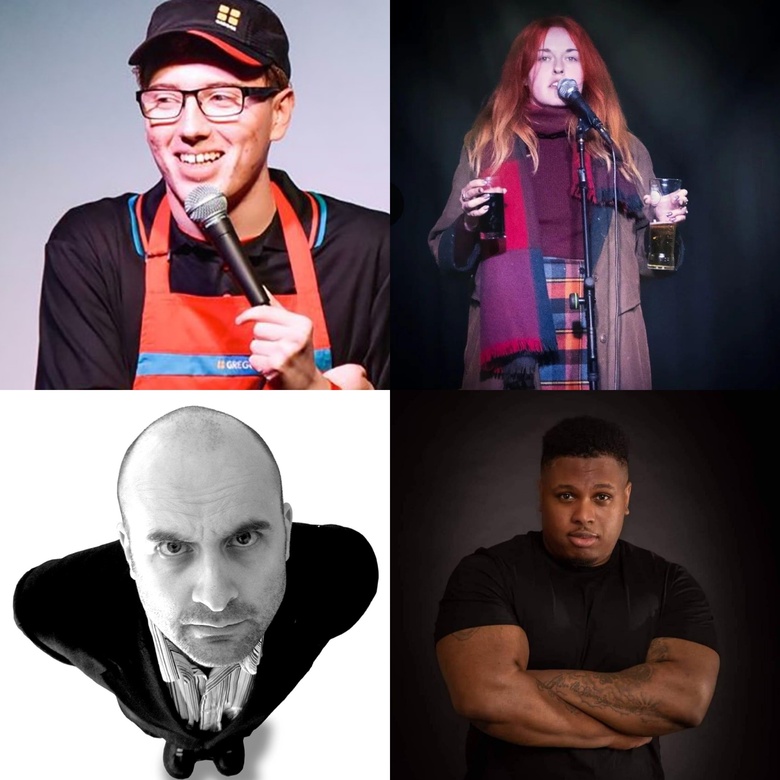 Due to an electrical issue in the building we’ve had to cancel the show. Refunds will be issued Monday.

Eric Rushton, Eric is arguably the best comedian in the current crop of acts who are being lined up for debut TV appearances and UK tour shows. In January 2020 he won the prestigious ‘Leicester Mercury Comedian of The Year’ award at Leicester Comedy Festival – an award that was previously won by the likes of Romesh Ranganathan, Jason Manford and Jonny Vegas on their way to stardom. Acts are nominated for the award show by some of the biggest comedy promoters in the UK.

In late 2020 Eric was signed by Front Foot Talent management agency and has been performing at some of the UK’s major clubs since the post-lockdown resumption.

Over the past decade his twisted logic has delighted the nation, helping it through the dark days of the death of HRH The Queen Mother and the uncertainties of 21st century property prices.

As well as playing clubs and universities throughout the UK, Dan has gigged in Holland, Germany, Dubai and Ireland as well as being part of the sell-out Screaming Blue Murder Cabaret and Avalon Comedy Zones at the Edinburgh Fringe.

Dan’s TV and radio appearances include Brain Candy (BBC3 & 2), Channel 5 at The Store, Channel 5 Comedy Zone and the Radio 2 Stand Up Show.

He writes too, with many credits including The Very World of Milton Jones (R4 – Sony Award Winner), Rory Bremner Who Else? (CH 4), The Eleven O’Clock Show(CH 4), The Live Floor Show (BBC 1), Revolver (BBC 1) and The Joan Rivers Position (CH 5).