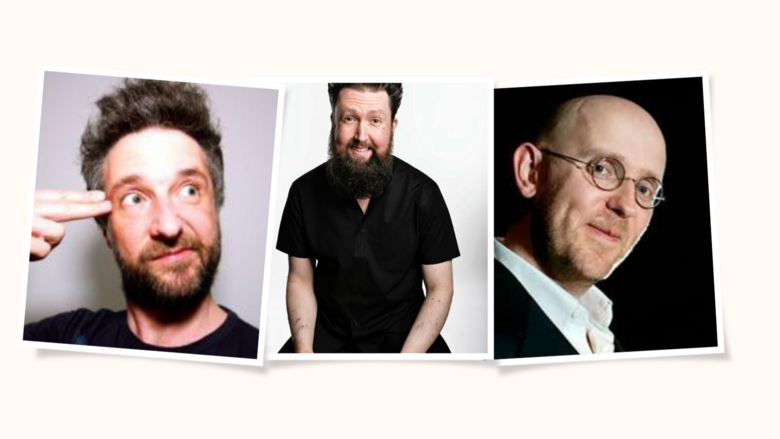 Leaping between stupidity and pure brilliance!

Unlike some musical comics who rely on a guitar to get them through, Oakley’s routine deftly mixes the tunes with the stand-up

Comedian, Songwriter, Musician, Actor, One man band!With musical skills that would easily fit into many rock bands Duncan Oakley performs an infectious mix of musical comedy and stand up with one of his trusty guitars – Maurice (Fender Strat), No.7 (acoustic) or his Les Paul (the Lezza) by his side.He has been a musician since the age of six, has performed on the UK comedy circuit since 1999, appeared at the Edinburgh Fringe Festival, on BBC Radio 4 and at many summer festivals as well as starring in Beat24’s feature film Frontman and short film Read Between the Signs. Duncan was voted English Comedian of the Year in 2015 and Midlands Comedian of the Year 2016.With an eye and ear for the silly, rude, playful and downright irritating occurrences of life Duncan musters up songs that not only make you laugh, they bury into the recesses of your mind and find you a humming tune with a smile on your face three days later, confused and wondering where it’s come from.Duncan performs regularly at some of the UKs biggest clubs and festivals. A talented all-round musician Duncan can also perform with harmonica, drums & piano as a one man musical whirlwind.
Andy Storey, Born and raised in the North of England, Andy Storey is one of the most exciting, original and idiosyncratic rising stars of the post alternative comedy scene. His deliciously dry sense of humour, and effortless performance style mark him out as a refreshing, albeit positively cynical new voice in comedy.

Liverpudlian-in-exile Silky has always been hilarious. At only his fourth ever gig he was on BBC1 in the final of the 1995 BBC New Comedy Awards alongside Lee Mack (Mock The Week, Not Going Out) and Julian Barratt (Mighty Boosh). He’s an award winning act coming runner-up in Leicester Mercury Comedian of The Year and had been Nominee Liverpool Echo Arts and Entertainment Award twice.TV Appearances Include The Stand-Up Show (BBC), The World Stands Up (Paramount) and the Comics Lounge (AUS).Silky has performed internationally, including gigs in China, the Philippines, the Gulf, Singapore, the US, the Melbourne Comedy Festival, and all over Europe, including at the Glastonbury Festival.  He also headlined the inaugural Frampton Mansell comedy festival, the world’s smallest and does warm-up work for BBC1’s Strictly Come Dancing.Other television appearances include ‘The Stand-Up Show’ (BBC1), ‘James Campbell’s Silly Experiment’ (SO TV/Disney Worldwide), ‘Coronation Street’ and ‘Gagging for It’ (Granada), The Loafers (BBC Digital), ‘Hollyoaks’ and ‘Brookside’ (Mersey TV), ‘Heartbeat’ and ‘Rhinoceros’ (Yorkshire TV), Sky TV, The Superchannel (Denmark) and Channel 6.‘Left me with aching stomach muscles, teary eyes and a need to buy more anti-wrinkle cream for the laughter lines around my eyes’ BBC‘a very, very funny fella … just brilliant’  John Bishop‘funny and clever’ Tim Minchin‘Most remarkable… His ability to play the hardest rooms is legendary amongst comedians’  Liverpool Echo‘Immaculately funny’  Time Out‘A star in the making’ The Laughter Lounge

Please display your tickets on arrival, we’ll email them to you. Enjoy the show.

All three acts were great

Brilliant nite out line up was brilliant

Cracking night. Drinks are great value! Comedy was top notch and Theo was a fantastic host. Definitely be back soon!