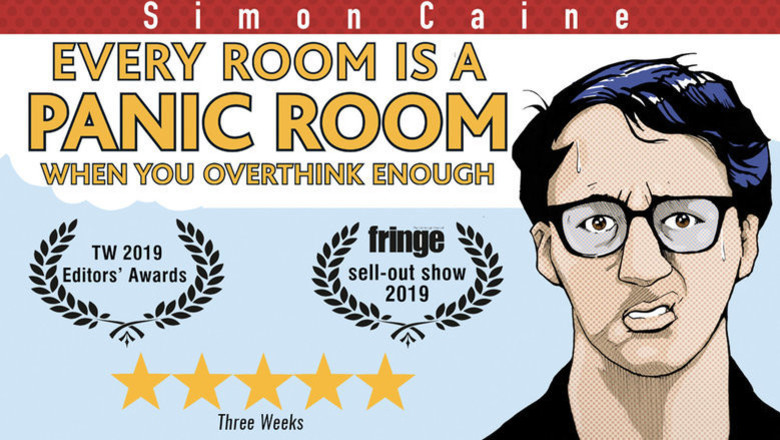 Simon Caine: Every Room Becomes a Panic Room When You Overthink Enough

Simon Caine has been performing stand up for over 8 years. He’s done over 1,600 gigs and has done 2 Edinburgh Fringe solo shows (full runs) as well as 2 subsequent national tours. This will be his third solo show.

Previously he’s sold out the Comedy Cafe, The Bill Murray, The Bloomsbury Theatre Studio Space and shows at Reading, Hastings, Leicester, Glasgow, Shaftesbury and many other Fringe Festivals.

Here’s a list of awards he’s come close to winning: finalist in the Laughing Horse New Act (2014), Reading New Act Competition (2012), You Must Be Joking (2011) as well as a two-time finalist at the London Comedy Store Gong Show.

He was also number 78 in the Guardian’s top 100 jokes of the Fringe 2018, but I’m sure you knew that before because everyone reads that whole list.

“That was awesome. I liked it… I don’t know why. But it was great. I’ll have you back” – Mike Manera (Piccadilly Comedy Club)

“What you’re doing is great… the problem is nobody understands it.” – Iain Coyle (Dave / UKTV Comedy Commissioner)