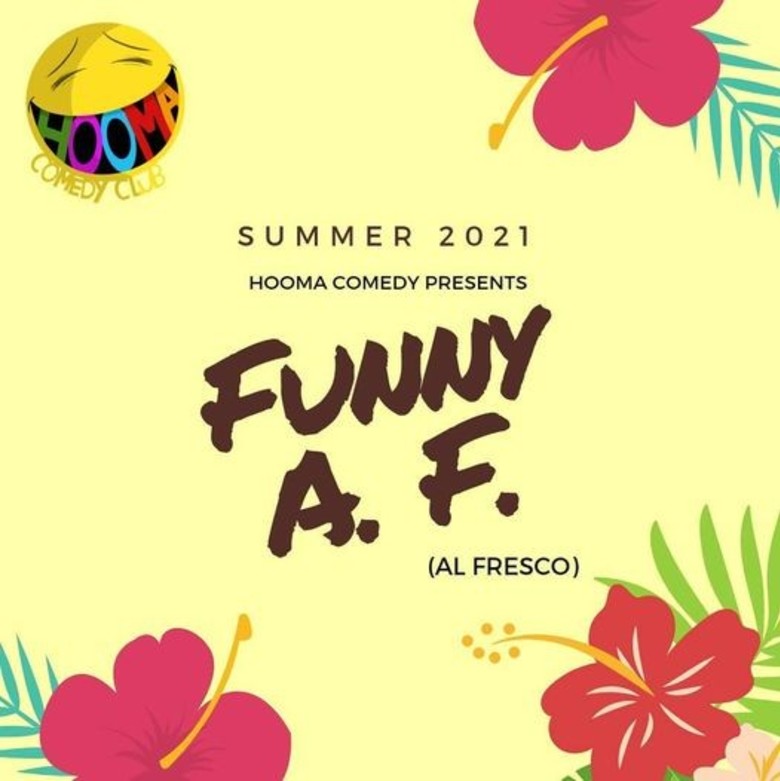 Come along, it'll be sunny and we'll have something funny! Join Hooma Comedy, a handpicked talented line up of some of the region's best comics and some of the wildest beers in Norfolk.

Line Up:
Martin Westgate (MC)
Martin specialises in quick gags, one liners and thrives on audience interaction.  He is a regular contributor on the BBC New Comedy show. He has supported Carl Hutchinson and will support Gary Meikle on his Norwich tour dates. Martin has brushed shoulders with Hal Cruttenden, Tanyalee Davis, Bobby Mair, Tim Fitzhigham and Simon Brodkin, to name but a few. Martin, after appearing on Britian's Got Talent, toured his show 'ats Entertainment which had multiple sold out dates.

Martin is also the regular MC at Hooma Comedy Club in Norwich which holds regular comedy nights in the up-and-coming comedy circuit within the city and surrounding area.

“Martin asked me for a quote and I said yes… Saw him, liked him, hope he gives up soon before he starts costing me work.” - Gary Delaney

“Can handle a crowd and has funny bones.” - Janey Godley

“Reliable and definitely worth booking – I’m happy to see him on a bill.” - John Mann

Ali Warwood
Ali is a West Midlands born, Cambridge based, stand up comedian and she couldn't correctly punctuate this sentence if her life depended on it.
Since 2013 she's been gigging all over the UK and some of the clubs/promoters that book her include: Glee Club, Comedy Cow, Funhouse, Mirth Control, Backyard Bar, Paul Dunn, MY comedy, Custard Comedy, CAN comedy, Wivenhoe Funny Farm, Wine Gums Comedy, Big Cheese, Comedy Market.

Louie Green
Louie Green is a natural storyteller, interwoven with clever and witty crowd work, which makes him instantly endearing to the audience.

"Very deceptively clever and most importantly funny lines. Louie had got an everyman feel that the audience connect with. Great natural delivery and could get away with murder."- Wivenhoe Funny Farm

'Louie is an engaging comedian whose well crafted jokes leave audiences in stitches. Definitely one to watch as will be massive one day!' - Hooma Comedy Club

When you watch Louie Green MC a room... It’s a bit like when your drink is spiked and you wake up the next day vaguely remembering being sucked off by a tramp.... you know you shouldn’t have liked it, But actually it was a great night. And you’d let it happen again.  - Jason Stampe

David Alfie Ward
David Alfie Ward is a British comedian born and raised in the east end of London. He started his stand up career in a small bar in his hometown, and has since gone on to play some of the biggest clubs in the U.K, Mainland Europe, South Africa, South East Asia, the Middle East, USA and Australia. He has featured on TalkSPORT, Capital FM, ITV, the Metro, BBC 5live, BT sport and the Ladbible in the U.K he has supported Dane Baptiste and Darren Harriott on tour and his podcast ‘Has It Come To This’ is listened to in over 25 countries.