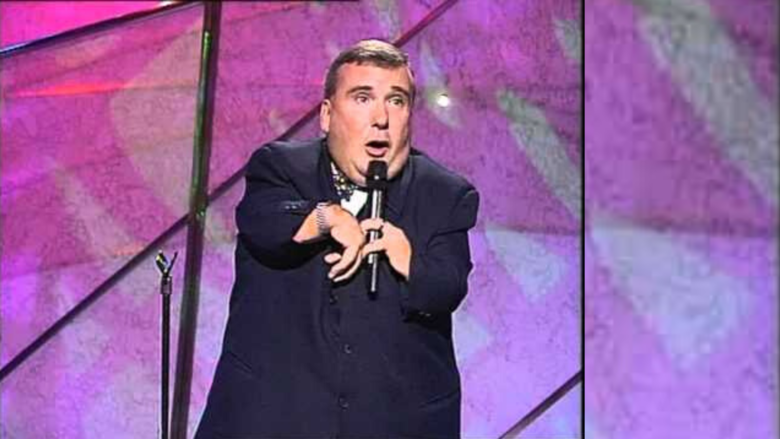 As one of the country’s best loved comedians, Gary has been in the business for over 25 years.

One of the most innovative and inspirational comedians in the UK. He has amassed significant popularity in his hometown of Liverpool and further afield. His self-deprecating humour and humorous observations have cemented his status among UK's finest.

Only the second person in the UK to be born physically disabled due to the horrendous drug, Thalidomide, Gary quickly carved a career out making people laugh

Having appeared live (dead costs extra) at famous venues including Grosvenor House – London, Central Pier – Blackpool, Intercontinental Hotel – Dubai, and all over Benidorm, Gary leaves them laughing with tears in their eyes, egg on their face and gagging for more.

Gary is without doubt the UK’s most unusual comedian, winner of Merseyside Comedian of the Year three years running and star of the Jonathan Ross Big, Big Talent Show.

Quick witted, rather risqué at times, Gary will adapt his act to suit
all audiences, though is most at home with an adult – often all male
– audience. Hecklers beware – he thrives on audience banter and
destroys anyone brave enough to interrupt his act!

They might not be the same length as yours or mine but you’re in safe hands where comedy is concerned with Gary Skyner.

Gary will be joined by support acts to be announced shortly