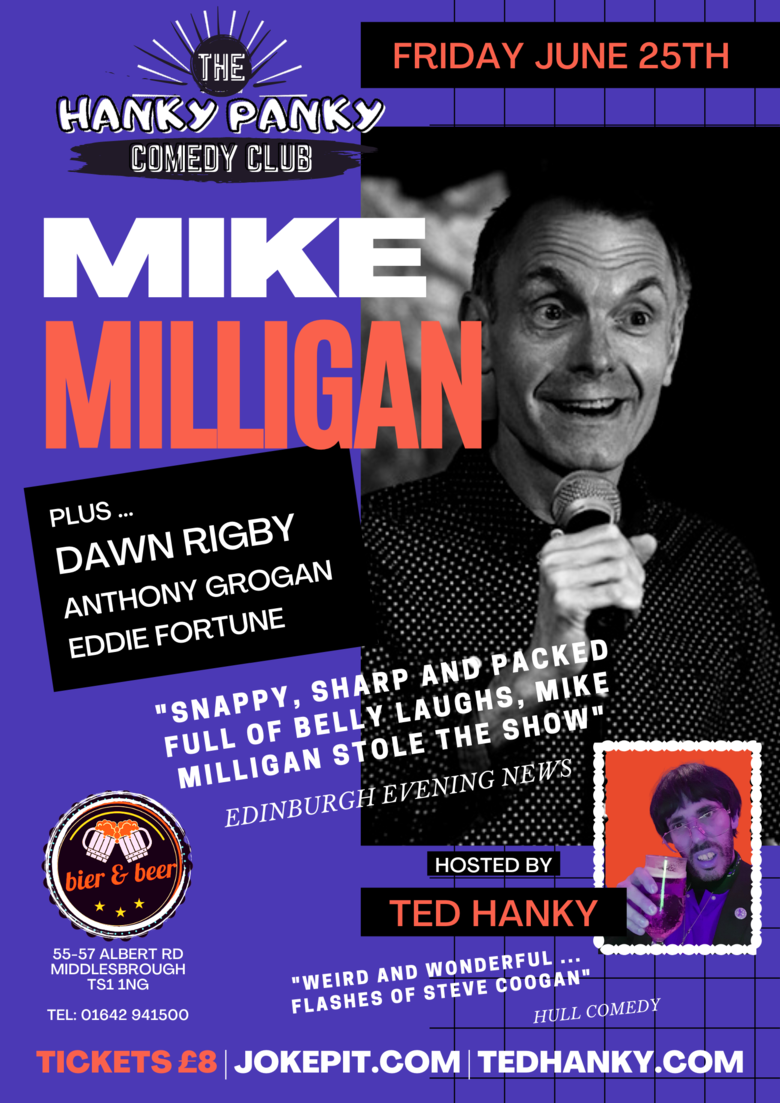 Mike has a wealth of experience on both the national and international comedy circuits, delivering his delightfully sharp observations and quick wit to audiences from South Shields to Singapore. Equally at home at regular comedy nights and after dinner speaking functions.

Mike has performed to sold out shows at the Newcastle Comedy Festival and regularly performs [sets and compering] at The Stand, Hyena Comedy Cafe, and Jongleurs. As an after dinner speaker and entertainer, Mike provides a successful blend of material and audience interaction that ensure the crowd remember the night for a long time.

On the after dinner circuit, Mike has worked with Kate Adie, Rory Underwood, Bruce Grobbelaar, Alan Kennedy, and Norman Whiteside, to name a few.

Mike writes a popular weekly column in the Evening Chronicle (Newcastle) that he is currently adapting into a solo show. As a writer and performer Mike has worked on Spender, Byker Grove, and various Catherine Cookson dramas. In addition to providing the famous voiceover for Viz Comic’s Sid the Sexist DVD and in the flesh at Newcastle City Hall, Mike also had acting roles in Ken Loach’s award winning movies ‘I, Daniel Blake‘ (2016), and ‘Sorry We Missed You' (2019).

“A name to watch out for” - Daily Telegraph

Dawn has been performing since 2014, is an XS Manchester Radio Presenter, a regular on the Women in Comedy Festival line up, and the 2016 XS Manchester Comedian of The Year.
We also have shorter sets from


PLEASE READ:
We are hopeful that social distancing guidelines will have eased by June 25th and the rule of six may have been removed.
However, to avoid any disappointment and unwanted disruption we are releasing tickets in batches for this gig.
Keep an eye out for extra batches being released.

Open from 5pm, get down early to grab your seats and take full advantage of the fantastic drinks available.

NB: Line up's can be subject to change at very late notice. If we are instructed by the local council or government to cancel or postpone the event then refunds or ticket roll overs will be offered. Please note, we cannot refund the 10% booking fee added by the ticket seller.

Display your ticket/s upon arrival, we'll email them to you. This ticket is for one person.
Please check the ticket listing for any covid related restrictions.
Enjoy the show.