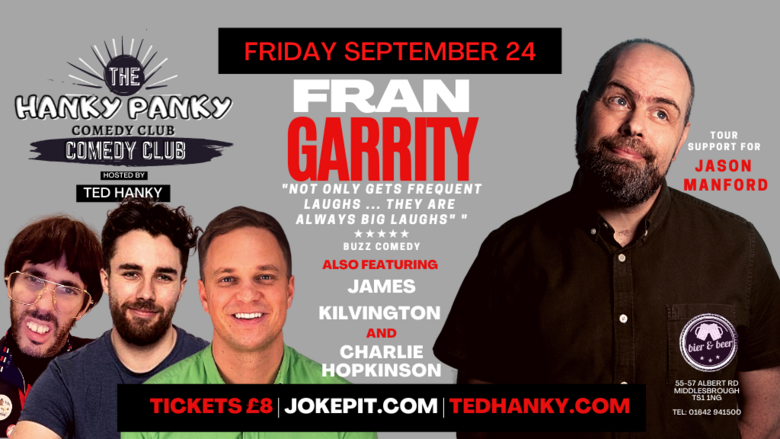 FRAN GARRITY
Middlesbrough comedian and weekend presenter on Zetland FM, Fran has supported Jason Manford on tour and is a regular on the UK comedy circuit.

In his very first year of comedy (before covid hit the world), James Kilvington rapidly developed his success and popularity becoming one of The North East’s most talked about comedians. James hit over 3 million views from online clips of his performances, sparking interest up and down the country with his exciting "going's on".


"Talented, professional and hilarious! James is the up and coming star of comedy a must watch"
- Cardiff Vale Sports Arena


plus a middle set from

AMAZING impressionist Charlie Hopkinson has been viewed over 100 million times on YouTube and Facebook. Prepared to be wowed by how accurately good his range of voices are!

Tickets are £8 eachOver 18's OnlyBar is open from 6pm / Show starts bang on 8pm.Please show your ticket on your phone upon arrival
(Don't print - help the environment)

We had a great night from start to finish.