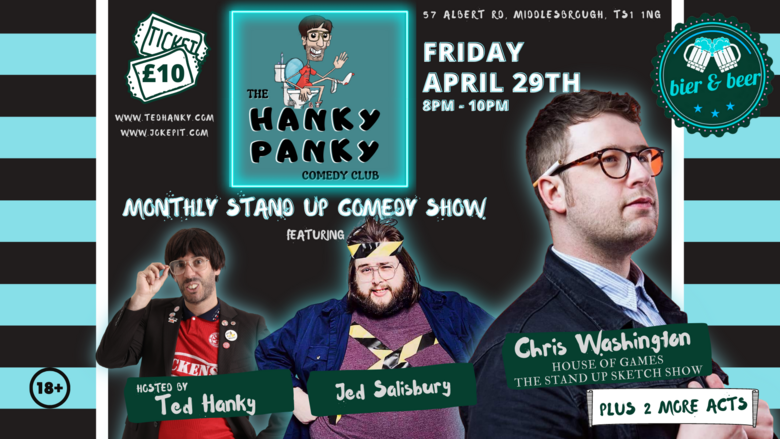 Chris has appeared on Mock The Week, had his own 30 minute special on 'Live from the BBC', and supported Jason Manford, John Bishop, Jonathan Pie, and Milton Jones on tour.Tipped to be a big star of the future Chris has also featured on ITV2's The Stand Up Sketch Show and more recently in October 2021 "Richard Osman's House of Games".
In late 2021, Chris also appeared, as himself in an advertisement for the Nationwide Building Society.

Fresh from supporting Gary Meikle on tour, Hull comedian Jed Salisbury is one of the most warm and engaging  comedians on the northern comedy circuit. Often seen hosting the Cottingham Comedy Club and performing regularly for Hull Comedy, and The Hull Comedy Lounge, Jed is a great storyteller with some killer punchlines.

1st time here and it was a great night. Will be back!

Won't let me add score, except for Comedy.