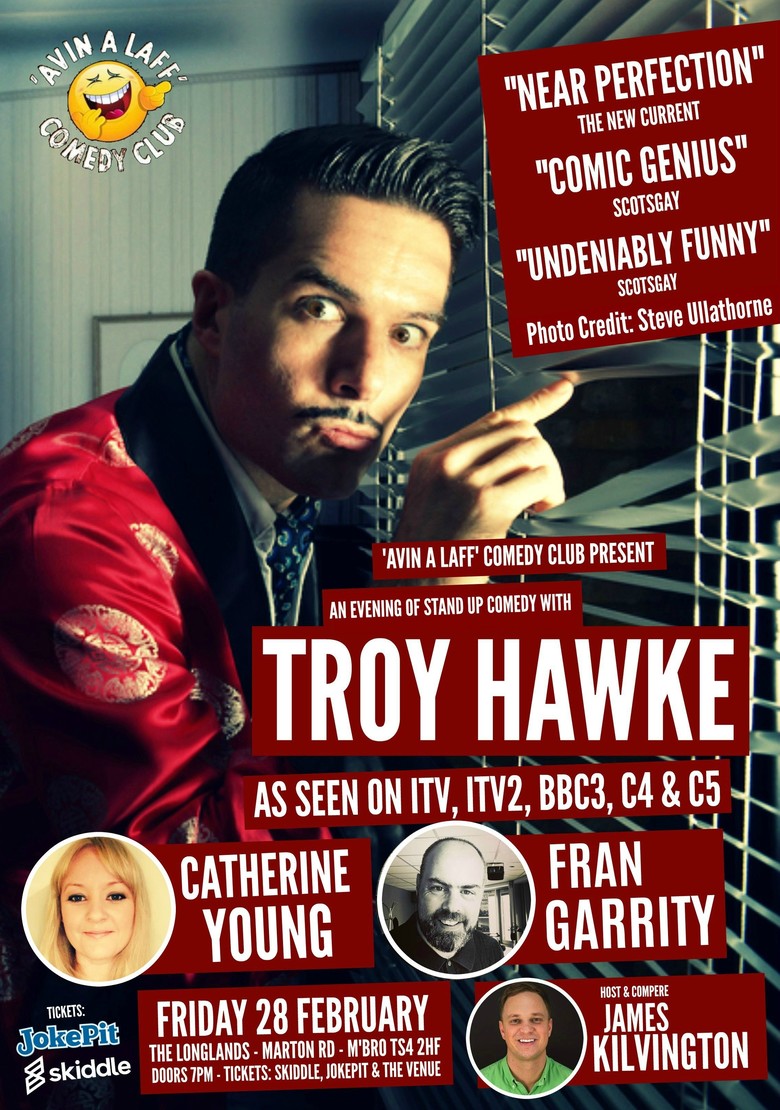 Troy Hawke is an erudite homeschooled 1930's throwback...the Errol Flynn of the high street. Educated, sophisticated, but utterly clueless. He tackles modern issues head on in his uniquely untimely manner.

James Kilvington is a north east based comedian from the small town of Middlesbrough.

Observation comedy comes natural to James, and he doesn’t pull no punches when it comes to grilling someone who decides to heckle his act!!!