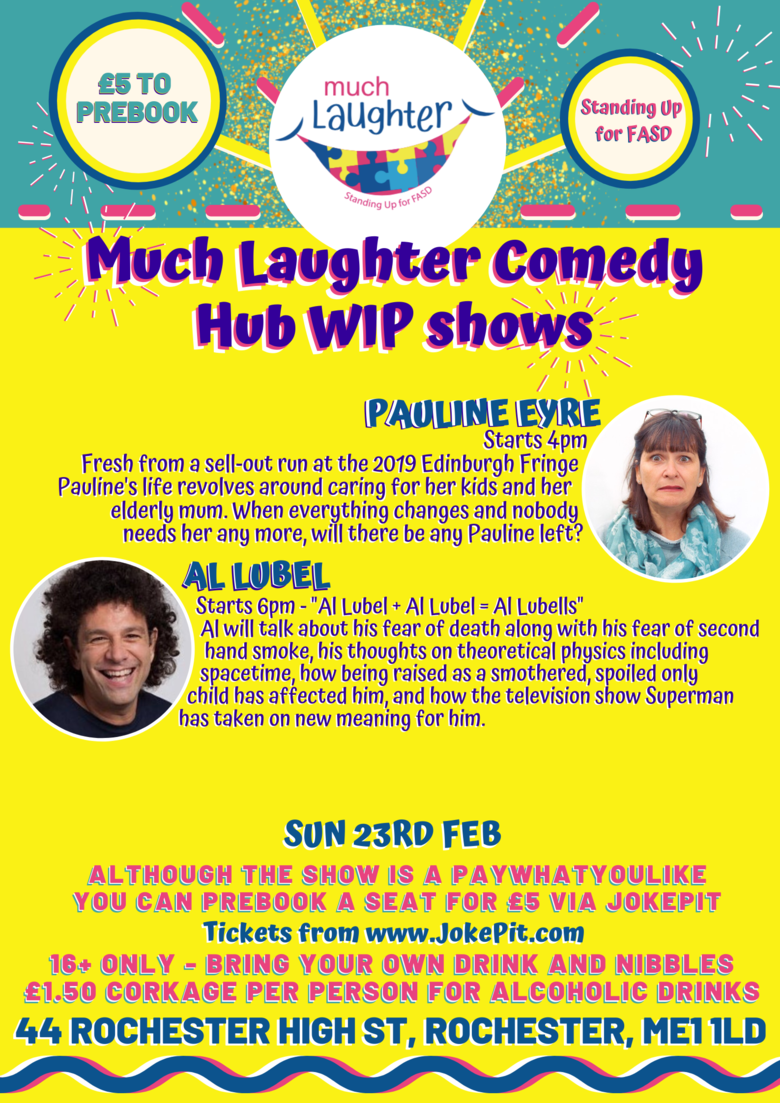 4pm Pauline Eyre
All Change
Pauline's life revolves around caring for her kids and her elderly mum. When everything changes and nobody needs her any more, will there be any Pauline left? A debut hour from a comedian in the midst of a midlife crisis.
Fresh from a sell-out run at the 2019 Edinburgh Fringe, in a show that was described by audiences as –
"Beautifully crafted stand-up comedy."
"Really honest and funny. Can’t recommend it highly enough!" and
"I laughed throughout & yet I came out with my pelvic floor stronger than ever. That is the magic of Buffering"

6pm Al Lubel
Al Lubel in:  Al Lubel + Al Lubel = Al Lubells
Al will talk about his fear of death along with his fear of second hand smoke, his thoughts on theoretical physics including spacetime, how being raised as a smothered, spoiled only child has affected him, and how the television show Superman has taken on new meaning for him.