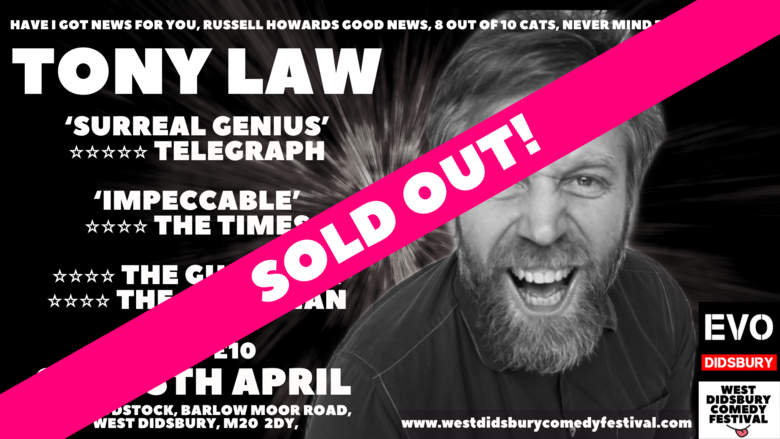 Homo Sapiens, Neanderthal, Indo-European horse tribesman, an Englishman, a Canadian, a norn iron man and a Trinidadian and a Tobagonian. A dog, a dog owner, owned by a dog, a surrealist, an absurdist and an artist who is comedy of person. A parent a thrower a catcher a reader and a farmer.

His 16th show is turning out to be his best yet. For connoisseurs of comedy who have seen it all and are funny in their own bones. Top drawer Tony. Comedians comedian comedian for the comedy nerd seeking Dadaist nirvosis nirvana blap.

Expect the unexpected as the surreal powerhouse that is Tony Law takes to the stage. He has been all over your TV screens, he has awards, he has loads he could brag about, but most of all, he is on career defining form and is one of the best comics of his generation.

Get to this gig!

Doors 8:30pm Show 9pm Bar closed during show. No chatter. Naughty people will be asked to leave and will not receive a refund.

Show your ticket on the door for entry.