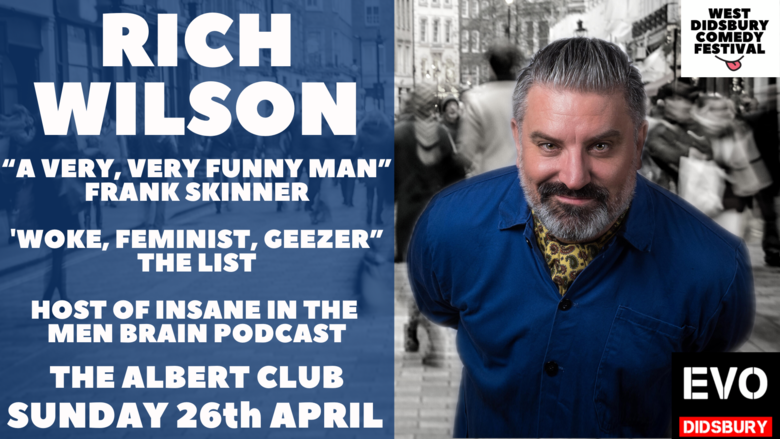 Join “a very very funny man” (said Frank Skinner) in purgatory, where Rich will dissect his earthly behaviour to find out if he deserves to go to Heaven or Hell.

Rich Wilson’s “tour de force” (Leicester Mercury) performances have earned him a win for Best International Guest at the 2016 New Zealand Comedy Awards, followed by a sell-out run in 2017 which saw him nominated for the same award again.

‘WILSON KNOWS HOW TO DELIVER.’ Chortle

Doors 4pm. Show 5pm. Bar is closed whilst acts are on stage. Naughty people will be asked to leave. There is another show immediately after this and you will be asked to move to another area of the venue. See this show and Craig Campbell for a combined £14!

Show your ticket at the door and get ready for a comedy masterclass! Seats cannot be reserved so please arrive promptly. Doors from 4pm. Show starts 5pm.