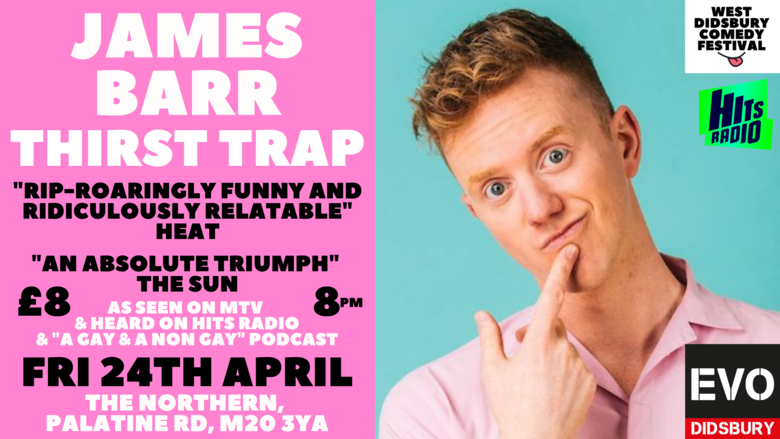 Join the MTV, Hits Radio host and creator of the award-winning comedy podcast A Gay and A NonGay in an hilarious and increasingly desperate attempt to find a boyfriend. You'll never look at an avocado the same way again. 2020 dating is a disaster. James Tinder-style swipes the audience to meet 'The One'; it could be you!

'A riotous no-holds-barred guide to 21st-century dating as a gay man. Unapologetically honest and brilliantly hilarious, an absolute triumph' THE SUN

"Barr has a clear talent when it comes to punchlines. He's a real name to look out for in the future," BROADWAY BABY

Fully accessible venue. Latecomers may not be permitted.

Show eticket on arrival and enjoy the show!