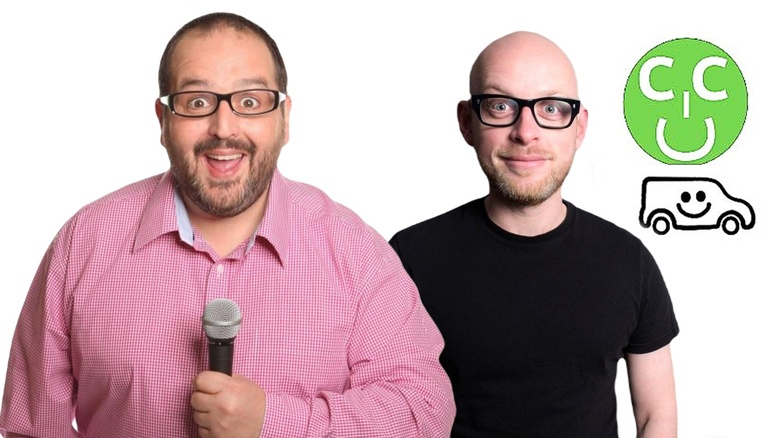 DAN NIGHTINGALE'S WORKING IT OUT. An hour of very funny stand-up comedy from one of the very best circuit comedians in the UK. After the huge success of Dan's podcast 'Have A Word', he'll be going out on a national tour in the Autumn of '22, but before he does he'll be developing that hour of comedy at preview gigs like this one. It's going to be a Smasher.

Please arrive early as the bar closes (until the first interval!) at 8.30pml. Doors open at 7.30pm

We want ALL our guests to have a great night so we ask you to consider those around you by putting your mobile on silent and not talking when the comedians are on stage. Thanks!  Acts subject to change. 18+ Proper swearing. Fully seated. We can only refund or reallocate if the show is cancelled.
Chorlton Comedy Club is booked, marketed and produced by Comedy In A Van

No need to print this off just gave your name on the door and have a great night!

No need to print this off just gave your name on the door and have a great night!