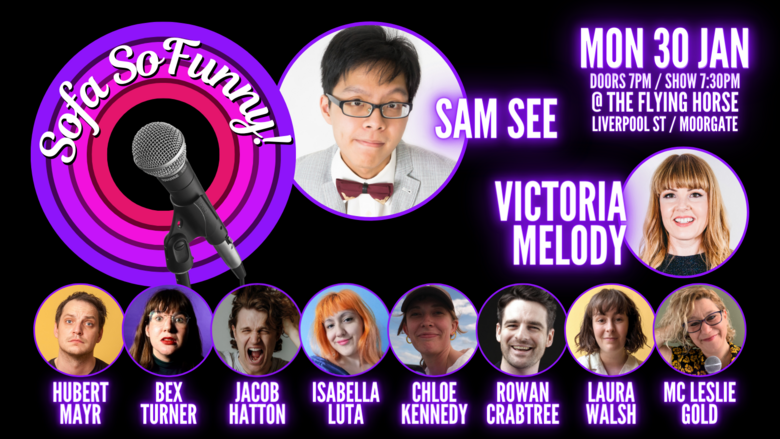 Sofa SoFunny featuring Sam See, Victoria Melody and a lineup full of up-and-coming comedians and at least one newbie!

Plus VICTORIA MELODY, who's returning to the Sofa SoFunny stage for the first time since her critically acclaimed five-star Edinburgh run. "Victoria Melody should be a national treasure, a household name." (TimeOut)

Hosted by MC LESLIE GOLD, West End New Act One to Watch 2022, So You Think You're Funny 2021 Semi-finalist

** Space is limited, so get your tickets while you can! **