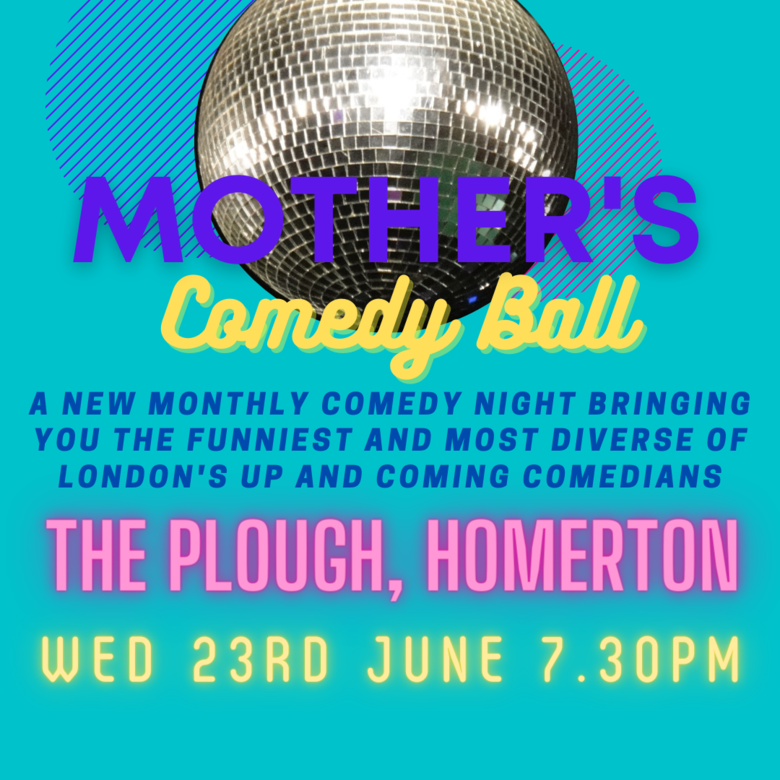 Mother's Comedy Ball is a new monthly comedy night bringing you the funniest and most diverse of London's up and coming comedians.
We are passionate to bring you the best of all London's rising stars, including the talents of women, LGBTQIA, POC, people with disabilities and neurodiverse communities.

Darren Griffiths: A comedian, host and podcaster born and raised in Harlow, to Jamaican parents, he has a blend of Caribbean confidence and Essex irreverence. Flagrant, thought-provoking and funny. In 2018 he was Amused Moose National New Comedian semi-finalist, BBC New Comedy Award nominee and Leicester Square Theatre New Comedian runner-up. In 2019 he sold out his debut show ‘Essex Bwoy’ at the Camden Fringe.
Katharyn Henson: Katharyn began doing stand up comedy in New York where she worked her way to regularly hosting and performing nightly all over the city. She has been seen regularly at venues including but not limited to Gotham Comedy Club, New York Comedy Club, Broadway Comedy Club, The Stand, and The Comic Strip as well as countless backs of bars, windowless basements, rooftops, and bathroom stalls. Currently based in London, Katharyn performs regularly at Top Secret Comedy Club and recently won The Black Out at Up the Creek. Katharyn's other current projects include co-hosting the podcasts "Everyone's Doing Better Than Me" with Eve Ellenbogen and "This American Irish Life" with Mark O'Keeffe.
Suchandrika Chakrabarti: Suchandrika has been a comedian since January 2020. Since then, she's been a Funny Women Stage Awards semi-finalist and named by them as One to Watch; she's also a finalist in the BCG Pro Performance Awards. Suchandrika has written for BBC Radio 4's The Now Show, and on the last three series of The News Quiz. She is taking her debut solo hour 'I Miss Amy Winehouse' to the Brighton and Camden Fringes this summer.
Lucian Jack: Lucien is a comedian based in South London. He is originally from Kettering, where he was once named as the town’s sixth famous face. He almost nearly represented Andorra at the Eurovision Song Contest, and is half-Polish, so we can say he gets around!
Kate Cheka: Soul of an African, voice of an old British man. Self-identifying chuckle lady. Sore loser. Sometimes celibate. Formerly Berlin-based host of Shows B4 Bros - a femmes open mic. Makes comedy to spite someone who once said ‘I thought you were more fun’.
Ana little: comic actress, stand up and compere, founder of ‘frenzy comedy’. Performing observational comedy, she is cheeky, playful and fun.
Fitzgerald Honger: Fitzgerald has traversed the London comedy circuit for the past couple of years and has developed into a well-rounded comedian. Bringing his unique timing and energy he makes sure he leaves his mark on stage.
Danny Field: Danny Field is an up and coming stand-up comedian from London. After growing up half-deaf on a council estate and being diagnosed with testicular cancer whilst on a gap year in Australia, Danny offers a ballsy take on life - the only way he knows how. His quick witted punchlines and side-splitting stories give you a glimpse into the unlucky side of life.


Age Restrictions:
Over 18s only