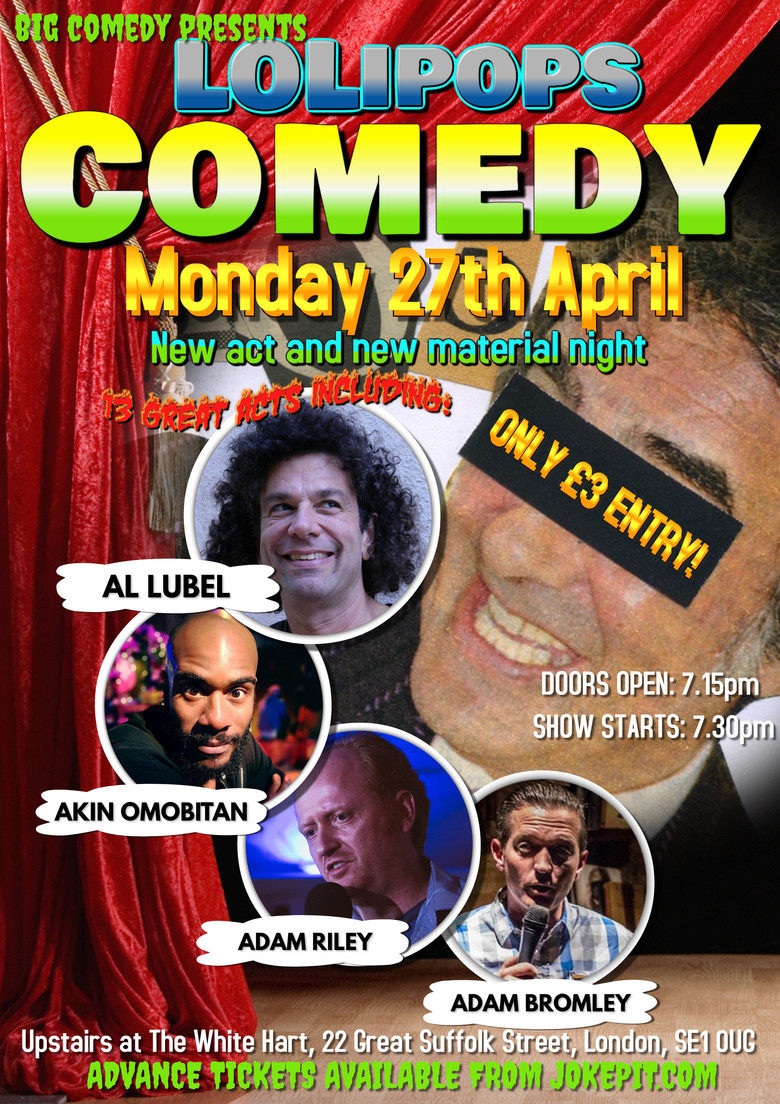 Scottish Comedian of the Year
LEO KEARSE
"Kearse is seriously good. Quick, funny, smart and to the point...hilarious" - Kate Copstick, The Scotsman
"A giant of the art" - Steve Bennett, Chortle
"Overflowing with energy...inspired riffing...a deserved winner" - This Is Essex
"Very funny, very dirty, occasionally shocking, but edgily likeable and happily endearing, eliciting the guilty pleasure of laughter from a wide-eyed audience" - THE LIST ****

Winner of the $100,000 Comedy Grand Prize on Star Search
AL LUBEL
Doing the Tonight Show was a big childhood fantasy, so Al auditioned and became one of the last comics to appear with Johnny Carson. Al went on to do six more Tonight Show appearances with Jay Leno and made five appearances on the Late Show with David Letterman.
“Al Lubel is a terrifically funny comedian.” – David Letterman

ELIE KRAFT
With a keen eye for observation filled with self-deprecating charm, Elie Kraft harnesses nervous energy on stage while remaining completely in control. He blends sharp writing with a stream-of-consciousness delivery to discuss a variety of themes that stem from the embarrassingly personal to the instantly relatable.
A regular performer at comedy clubs across the country, he has also been invited to perform at various showcases, namely Bound & Gagged's AAA Stand-Up in 2019 and Leicester Comedy Festival’s Circuit Breakers in 2020.

All hosted by your hilarious MC for the evening . . .
ADAM BROMLEY