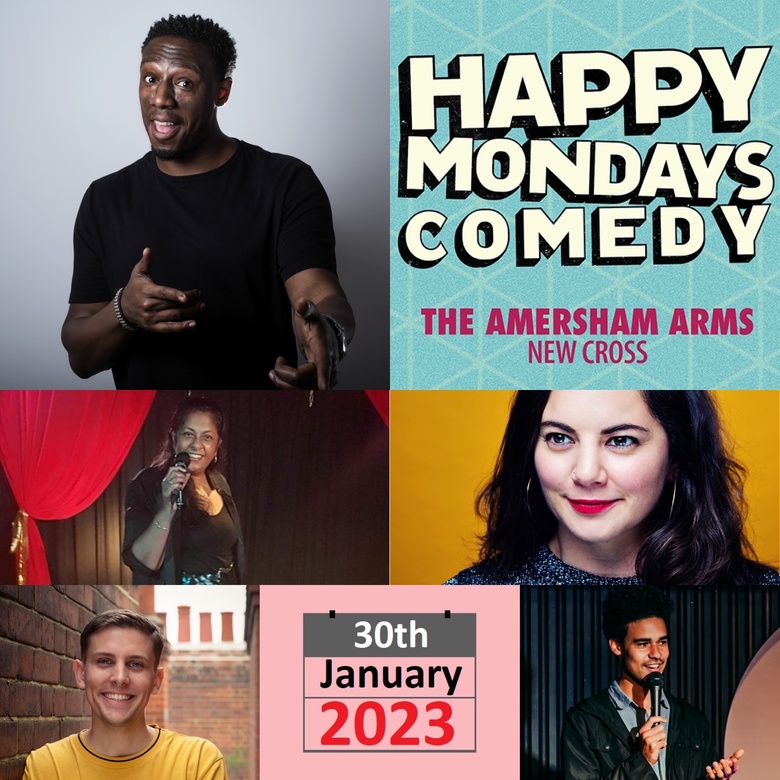 Michael May
Michael is one of the most exciting new comedians on the UK circuit. Michael’s unique take on the world is a hit with audiences everywhere. Undeniably, one to watch!

Anno Gomes
Australian comedian who performs all over the the UK & Europe. Described as "very funny" by audiences everywhere.

We are hoping to help out those less fortunate so please can you possibly bring any non perishable food and sanitary items to be donated to the Lewisham Foodbank? Every little bit helps!
Thanks so much for your kindness!
https://lewisham.foodbank.org.uk/give-help/donate-money/