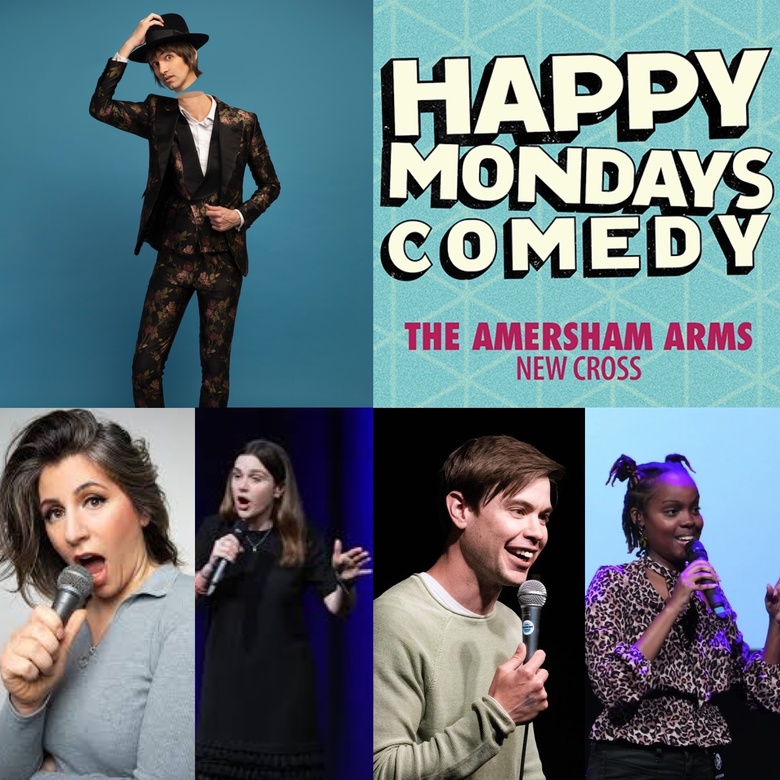 Happy Mondays Comedy at The Amersham Arms New Cross bring you fantastic line up of comedy talent including the return of the indie wizard Pete Heat who brings a joyously unhinged set of stand-up, magic and inspired lunacy, As seen on Sky TV (Secrets Of The Brain), Prime Video (Around the World in 80 Tricks) BBC1 (Now You See It) & more, Dawn French said of Pete “I have never seen a better magician than this lanky dude” , Sharon Wanjohi ( Channel 4 online series "Jokes Only A … Can Tell") ,Canadian Comedian Zoe Brownstone , Matt Foster -"A comedic treasure" Yuk Yuk's Comedy , rising local Peckham comedy star Davina Bentley plus special guest TBC providing the lols all hosted by your cheeky MC Sion James at the ever popular Amersham Arms.

Pete Heat
A joyously unhinged show of stand-up, magic and inspired lunacy from indie wizard and one of the loveliest people you could meet!
“Like Noel Fielding performing sleight of hand, some lanky, cuddly love-child of Demetri Martin and Mitch Hedberg” FEST
“I have never seen a better magician than this lanky dude” Dawn French

Pete is one of the world’s top magicians. He taught actual Dumbledore (well, he was hired by Jude Law as a magic coach for Fantastic Beasts), and he regularly rubs shoulders with celebrities all over the globe. He stars in a number of TV series, including Secrets of The Brain and Around The World In 80 Tricks (Prime Video), as well as various critically acclaimed solo shows. He even creates magic for other magicians, working behind the scenes for shows like Tricked and Britain’s Got Talent.

Zoe Brownstone
Zoe Brownstone is a Toronto born comic now based in the UK & The Netherlands. Fresh off her first comedy album debut “Dearly Deported” Zoe is excited to join the impressive UK comedy scene.