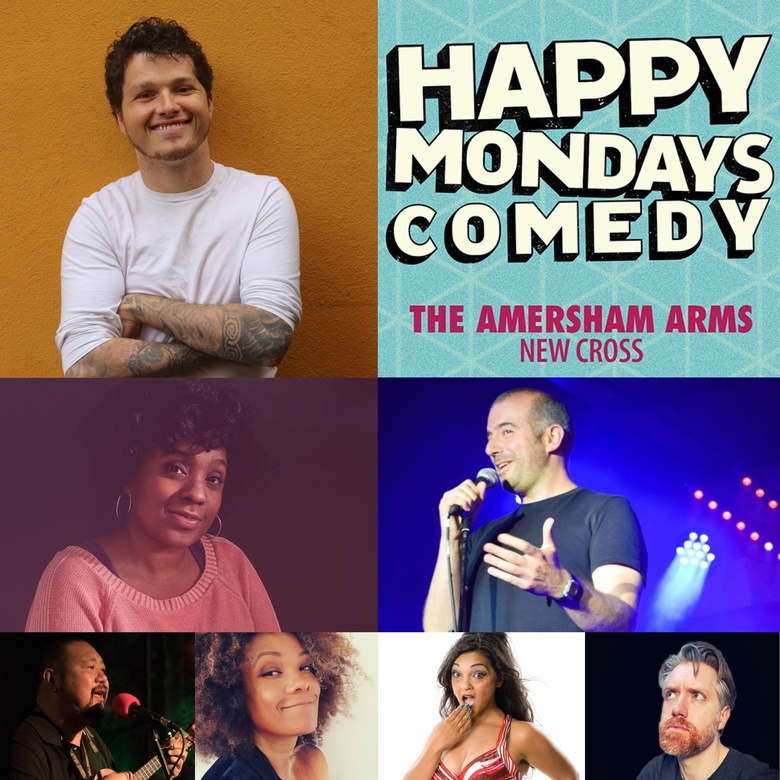 Joshua Robertson
Joshua was involved in a motor bike crash when he was 11 years old and was pronounced dead at the scene. He spent 4 months in a coma and now lives with a physical disability. Joshua is a dynamic and diverse multi award winning comedian and is a star of BBC3. and has performed around the world from Australia to New York City. Josh’s self-deprecating, edgy humour covers life as a disabled person – from everyday reality to dating and sex. Josh tackles the thorny aspects of disability, from the tame to the outlandish. “It’s clear to see you like to make people laugh and you’re good at it.” Prince Edward, Earl of Wessex
As seen on Channel 4's new series "Jokes Only The Disabled Can Tell..."

Chanel Ali
Visting US comedian, writer, and actress from New York City. She was host of the Food Network digital series Food Debate! and a cast member on MTV’s Girl Code. Chanel has been a “New Face” at the Just for Laughs festival in Montreal and appeared on Night Train with Wyatt Cenac (STARZ), Laff Mobb’s Laff Tracks (TruTV), Dash & Lily (Netflix), and on Comedy Central. n 2021, she filmed her first hour special in Los Angeles as part of Epix’s Unprotected Sets, which premiered on March 11, 2022.

Malinda Mukuma
Comedian behind the phenomena that is Maxine Vuvuzela appears as herself, described by many as  "shameless and profoundly shallow"

Rubi Nicholas
Visting American Pakistani comedian and season two winner of the nationally televised series “Search for the Funniest Mom in America” Her perspective on parenting and pop culture is razor sharp-bring gauze.

Tony Ukulele
A legend of the South London open mic live music scene, brings some funny quirky tunes to the comedy stage
*no prizes for his instrument of choice