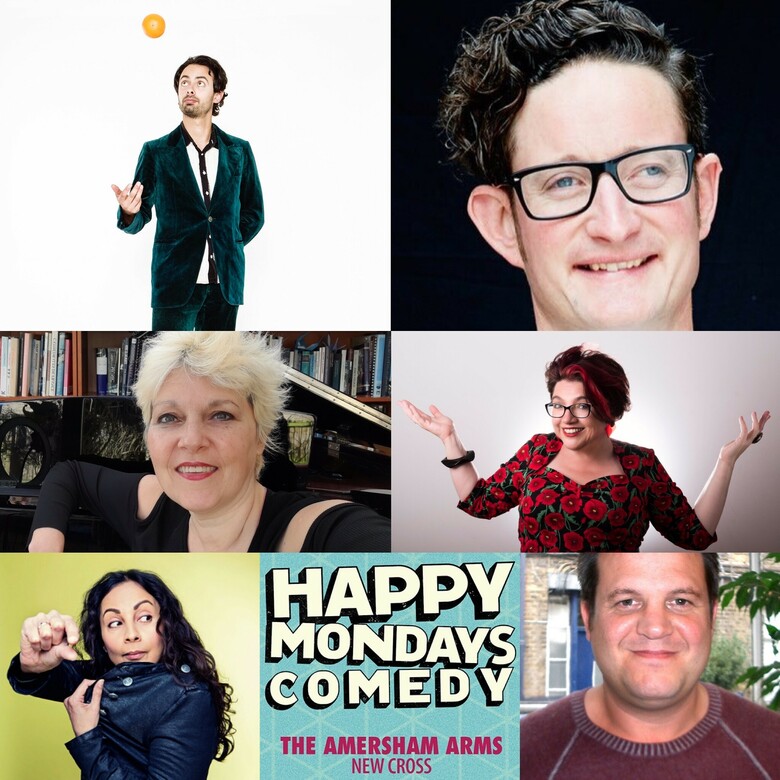 Happy Mondays Comedy are very excited to return to the live real world stage of the awesome Amersham Arms and bring you a fantastic night of comedy including the brilliant award winning Alexis Dubus who has toured the world with his gags, wordplay, songs and poems, (As seen on Comedy Central at the Comedy Store, Sky Atlantic’s Set List & more), the naturally funny talents of Stella Graham , described as the Middle Eastern Mary Poppins Daphna Baram , rock star turned comedian Barbara Fernandez, TV Comedy Writer for "Catherine Tate Show" Aschlin Ditta providing the lols , all hosted by super funny fellow James Dowdeswell at the ever popular Amersham Arms.

Presented by Happy Mondays Comedy.
The best nights out are on DICE.
This is an 18+ event.
Advanced Tickets available Online via DICE App :

MC James Dowdeswell
Appeared on "Russell Howard’s Good News" (BBC), "Celebrity Deal Or No Deal with Jimmy Car" (C4), Ricky Gervais’ Extras,
"The World Stands Up" ( Paramount Comedy) James is local Brockley based comedian, author and dogwalker. James recently published a CAMRA recommended book about his love for pubs" The Pub Manifesto: A Comedian stands up for pubs"
“James Dowdeswell is a real master of the comedian’s craft.” Chortle.co.uk