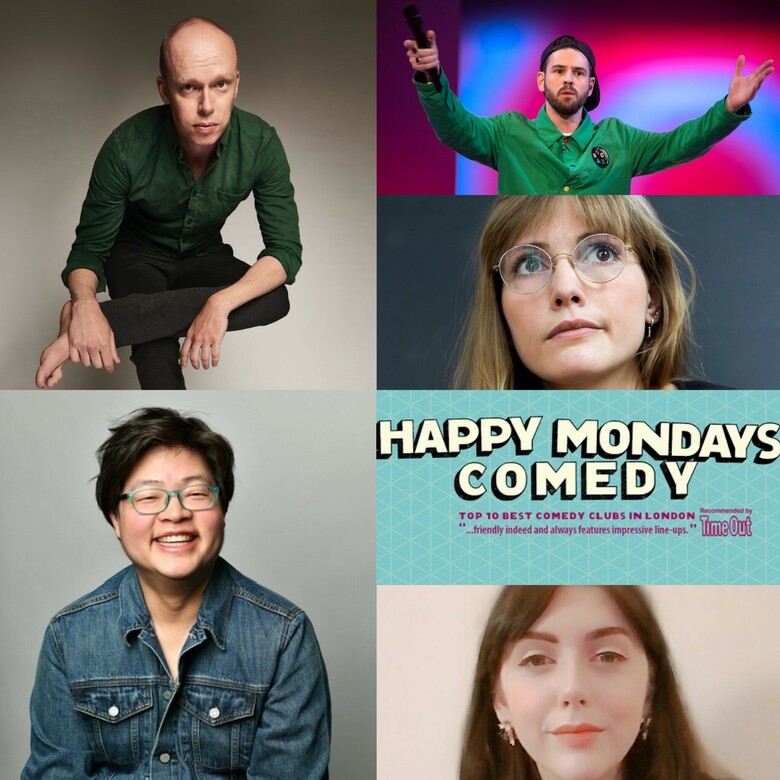 Spacious venue with a selection of reasonable pub priced drinks plus vegan food is available, please arrive early for food.

This is an 18+ event.
Advanced Tickets available Online

Kuan-wen Huang
Kuan-wen Huang is an emerging comedian, writer and actor from Taiwan, with major breakthroughs on the UK circuit in the last two years. With a unique voice and his trademark quirky persona, Kuan-wen is an alumni of the Soho Theatre Young Company and recently performed for Comedy Central at the Edinburgh Fringe & as part of AAA Stand-up at Edinburgh Fringe in 2021.

Helen Jenkins
Helen Jenkins is a new comer to the circuit that in her first two years of comedy has performed at a handful of international clubs in Tokyo and Paris and was also a well received semi-finalist in the 2019 heat of So You Think Youre Funny at the Edinburgh Fringe. She has a smooth charisma that balances out her thespian delivery that makes her a delightful performer.

Caroline McEvoy
Northern Irish stand-up and writer based in London, whose stand-up style is a mix of storytelling and observation. Finalist in the Southport Comedy Festival New Comedian of the Year 2021 Twice nominated for the Funny Women Stage Awards in 2020 & 2021