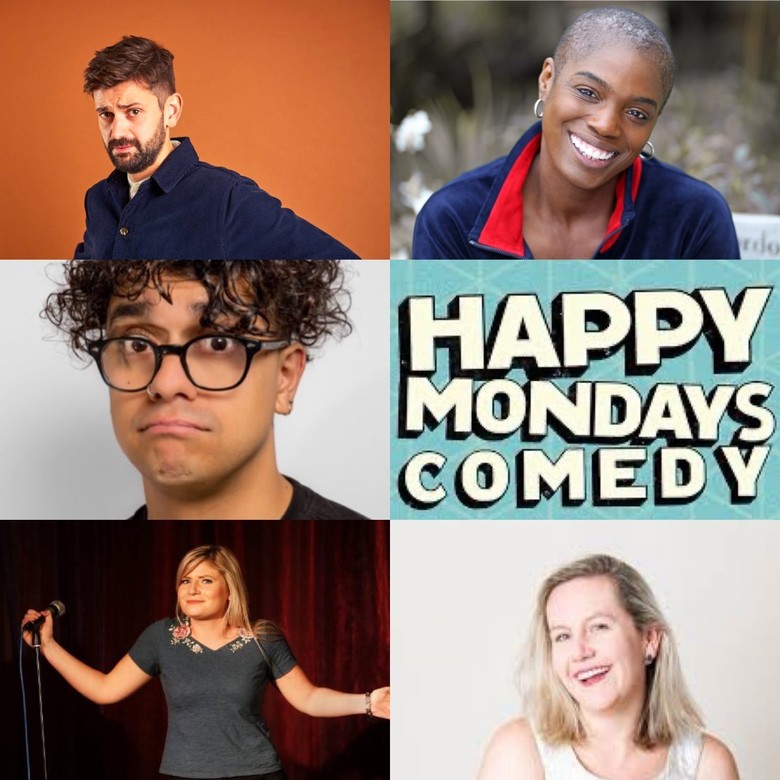 Reduced capacity for social distancing , temp check on arrival, hand sanitiser provided and seating will be arranged in bubbles of max 6 *, with table service , track and trace and early finish of 9.45pm to comply with government guidelines of 10pm curfew.
When you book please ensure that everyone in your booking is either a member of your household or within your bubble. We rely on you at the booking stage to ensure you are getting this right. Tickets ideally booked in groups of 2's 3's or 4's, 5's or 6. We can only accommodate a ltd number of single bookings.Attendees must only attend with their own household or support bubble.

Please book in bubbles & email happymondayscomedy@gmail.com with your bubble info so we can reserve you seats in bubbles ( Max 6)

Fin Taylor
Fin has made a name for himself as one of the most talked about comedians working in the UK. His last three Edinburgh shows “Whitey McWhiteface” , “Lefty Tighty Righty Loosey” and "When Harassy Met Sally" were 5 star sell-out runs, and cemented his reputation as a fiercely funny and uncompromising social commentator. He went on to appear on Comedy Central’s ‘Roast Battle’ and ‘Live From the Comedy Store’ as well as making his own series for the Channel, “Fin Taylor plays Bullshit Bingo”.
As seen on 'BBC's Live At the Apollo','Have I got News for You' (BBC), 8 out of 10 Cats (E4) & more"Gleefully provocative and packed with big hard laughs" The Guardian"A gutsy, ingenious and fearless truth-teller with the jokes to back up his attitude"★★★★ The Times

Thanyia Moore
Regular new material from South London's finest .In 2017 she joined the likes of Katherine Ryan, Andi Osho, Sarah Millican, Miss London Hughes, and Desiree Birch when she was crowned Funny Women Champion, Beating over 400 women in the process.As Seen on Mock The Week , Comedy Central & more 'Thanyia's comedy is like a fine wine. It gets better as time goes on...' - Dane Baptiste